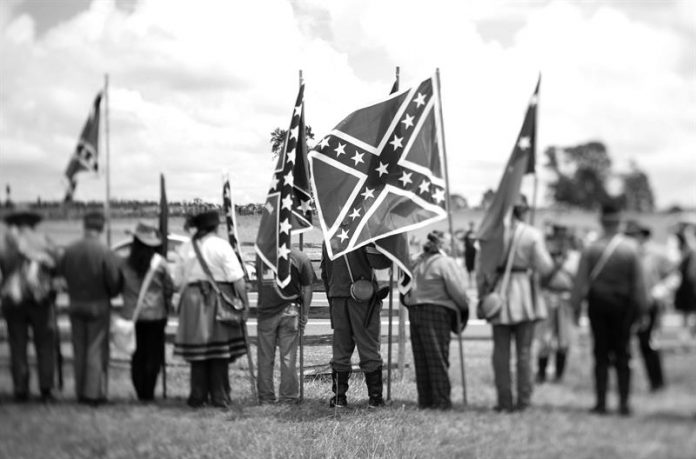 A monument to the fallen Confederate side in the American Civil War (1861-1865) will be moved from the public place of Tampa where it has been since 1911 to a private cemetery, according to the Hillsborough County government board on the coast today East Florida.

By four votes to two, the board reversed the decision it had made a month ago not to change the location of this monument called Memory in Aeterna, reported the Tampa Bay newspaper.

The vote took place after a public hearing involving more than a hundred people, most in favor of moving the sculptural work elsewhere with arguments that influenced the fact that the confederates were in favor of maintaining the slavery.

“This monument does not represent our values,” and keeping it would mean that “we remain attached to the past,” said Ed Narain, a member of the Florida House of Representatives representing Tampa.

One of the seven members of the Hillsborough County Board, which is controlled by the Republican Party, did not attend the hearing and therefore did not vote, but previously reported to the newspaper that its vote was favorable to the move.

As early as 2015, the Hillsborough Board of Commissioners (Councilmembers) had unanimously decided to move a Confederate flag that was at the headquarters of that body to the Tampa Bay History Center.

The memorial memorial in Aeterna will be installed in the private cemetery Brandon, which was offered to be its new location. In that camp, owned by a family whose ancestors were Confederates, soldiers of that side are buried.

For this reason, the name of three streets in honor of generals Robert E. Lee, John Bell Hood and Nathan Bedford Forrest, one of the first members of the racist organization Ku Klux Klan (KKK), that are located in the heart of A mostly African-American neighborhood.