The United States confirmed the forecasts and thrashed 0-3 to Nicaragua in the last game of the third double day that closed Group B and allowed him to progress to the quarterfinals as a leader.

The deserved triumph of the United States, always with the help of the referee of the party, the Honduran Melvin Matamoros, who only saw infractions on the side of the Central American team.

The United States, which scored seven points, the same as Panama, but better goal difference, achieved the goal of being first in the group.

Now both teams move to Philadelphia, where next Wednesday at Lincoln Financial Field, will play the first two quarter-final matches, with the United States having to rival Honduras or El Salvador, better third.

While Panama, who had also beaten Martinique 3-0 in the first match of the double day, will face Costa Rica, first placed in Group A.

Matamoros and Concancaf returned to give the same image of mediocrity and suspicions to do everything possible so that the crosses from the quarterfinals try to guarantee the final that interests them the most, and that is none other than a United States against Mexico.

The party left to a United States, that in spite of to make a soccer of the poorest and lacking of tactical and technical quality, it was a victory, that deserved, because it was superior to Nicaragua, that has nothing in the soccer field .

From the start of the game, played at Cleveland’s First Energy Stadium against 28,000 spectators, many less than expected to support the United States, the tournament’s host team, were thick in their offensive play.

Despite having possession of the ball and control of the center of the field could not score the first goal until the 37th minute when Colombian midfielder Alejandro Bedoya gave the pass to another Hispanic, Joe Corona, to score the 0-1 .

That was all that gave of if the first part, with Nicaragua, that put the best touch of the ball, the effort and the spirit of fight with a manifest inferiority in the field as far as the soccer potential, leaves of the tournament with only one Goal scored, the only one that has achieved in his participations in the tournament.

Then, in the 56th minute, the 0-2 through Kelyn Rowe, who shot with the right ball that Bedoya, the best of the United States in terms of handling the ball and soccer quality.

But from that moment, the United States, which at 51 had missed a penalty, nonexistent, only seen by Matamoros, and that shot Dominic Dwyer to respond to Nicaraguan goalkeeper Justo Lorente with a great save, looked for the third goal that gave him the tranquility.

It did not arrive even at the 63rd minute when Matamoros again took another penalty from a Nicaraguan defender’s hand that was not because he came back from a rebound in the sweep he had made, and Lorente again stopped him, This time, shot by Corona.

That made the United States completely blocked and had to wait until the 88th minute when Matamoros again, with four decisions in a row, favored the United States and allowed the Stars and Strip team to get the longed-for third goal of the defense Matt Piazga, who headed in dubious possession.

Before Matamoros had not stopped the game with a Nicaraguan striker lying on the ground, in the sequence punished with lack to Luis Copete, who showed the second yellow card and expelled him to the 85.

After several minutes of attention to the injured Nicaraguan player was generated the action of the third goal to remove Graham Zusi the lack pointed to the action of Copete and put the ball to Miazga, who shot forward in advance.

In this way, the script was fulfilled again, with Matamoros, the protagonist, whistling all in favor of the United States, and ensure that the plans of the Concacaf to protect the selections that sell more tickets to be in the semifinals and In the final are fulfilled.

In return, as usual, the CONCACAF referees again demonstrate their lack of quality, while the image of the regional organization remains just as bad and questionable as it was in the sad and frustrating edition of the 2015 Gold Cup. 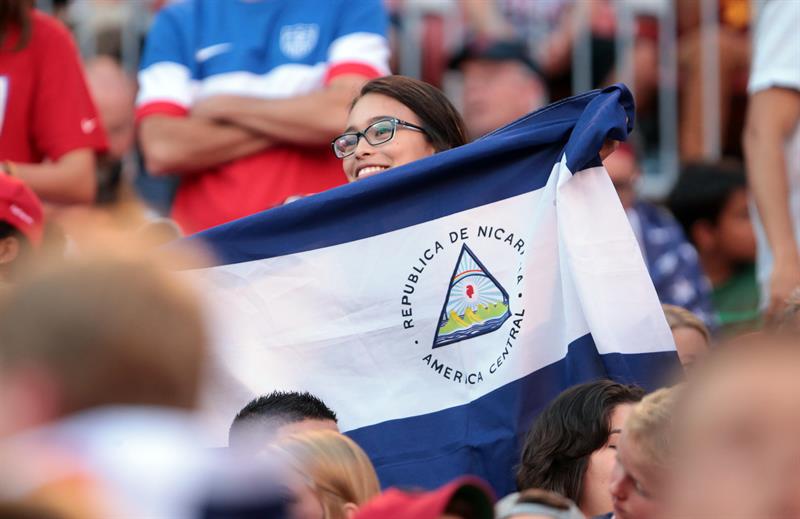