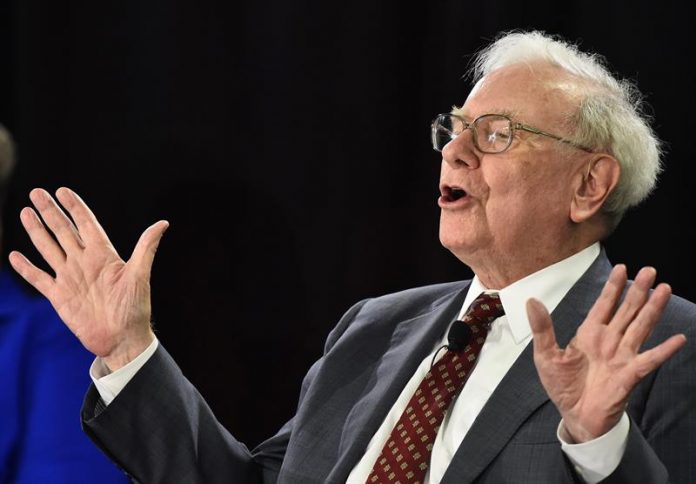 Masayoshi also held a separate interview with John Malone, chief executive of Liberty Broadband, with the idea of ​​adding him to the possibility of participating in a joint venture, the Journal added.

These talks were held this week during a high-level meeting of businessmen in Sun Valley, Idaho, the sources told the financial daily.

According to the Journal, one of the possibilities that could be seen is that Buffett provides about 10 billion dollars in the operation that would benefit Sprint, the fourth mobile phone company in the United States.

Malone, whose company, Liberty Broadband, is one of the largest shareholders of cable and internet company Charter Communications, has not been specified.

The talks, according to the Journal, are still very preliminary and may not necessarily result in an agreement. Even so, after meeting these meetings, Sprint shares were gaining 4% on Wall Street one hour before the close of the session.

Masayoshi, which owns more than 80% of Sprint, is also the chief executive of the Japanese consortium SoftBank. Last December the Japanese billionaire announced his intention to invest about 50,000 million dollars in the United States.

Since 2014 Sprint has been looking for a merger with US mobile phone company T-Mobile, the third in the country, but to date the operation has not been closed and no breakthroughs have been released that could be decisive.