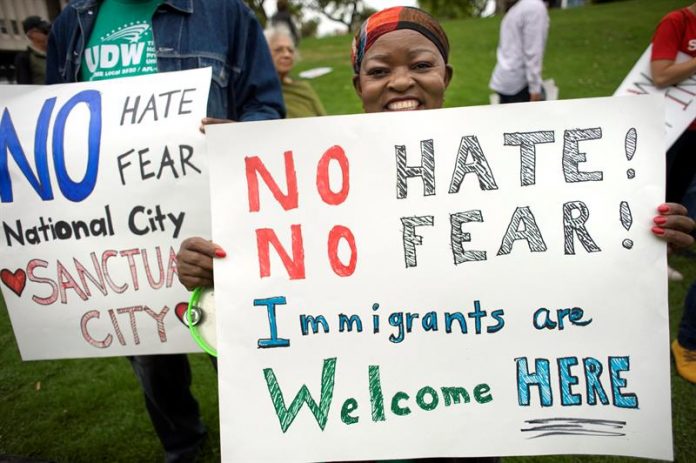 The White House is considering tightening the requirements for immigration authorities to deport more undocumented migrants without going through an immigration court, according to The Washington Post.

Now, deportations called “fast” or “expedited” (those that do not require a court hearing) only affect undocumented persons detained less than 100 miles (about 160 kilometers) from borders and have been in the country for less than two weeks .

The White House proposal would allow the Department of Homeland Security (DHS) to deport all undocumented detainees held anywhere in the United States without a court of law. And that they can not prove more than 90 days in the country, according to the capital newspaper.

This change in protocols, which does not require congressional approval, would allow Donald Trump’s government to accelerate deportations in line with its electoral proposals to tighten immigration policy.

“Potential changes would allow DHS to use resources more efficiently to expel people who have been illegally in the country for relatively short periods of time while complying with due process requirements,” a department spokeswoman, Joanne F. Talbot.

The White House, in its budget proposal for 2018, provides for the hiring of 1,000 immigration agents to increase detentions and subsequent deportations.

Congress approved the “rapid” deportations in 1996 for all undocumented immigrants who had been in the country for less than two years, but in 2004, under the presidency of George W. Bush, the requirements that governed until today were softened.