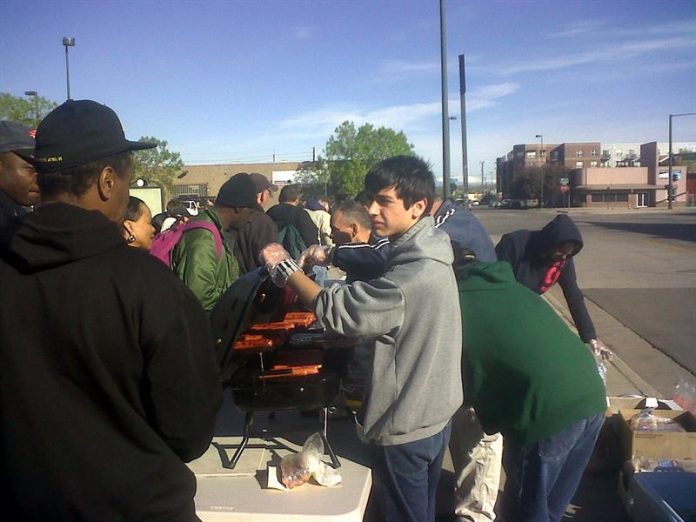 Despite good economic momentum and very low unemployment in the Denver metro area of ​​less than 3 percent, poverty is growing rapidly in the suburbs, and among Hispanics even more, according to a report released today.

Out of 44 neighborhoods affected by “high poverty” in 2000 in that area, it moved to 111 in 2015, details an analysis of the company Apartment List data compiled by Harvard University,

He further emphasizes that more poor people now live in the suburbs of Denver than in that city, with a disproportionate number of Hispanics and African-Americans.

The analysis points out that this increase in poverty in suburban areas is a national trend, but in Denver it was only 3% since 2000 compared to 10% in the suburbs of Chicago and 32% in Cincinnati, Ohio.

One of them, immigrant Gloria Garay, is struggling with her expenses in a suburb east of Denver, northern Aurora, where 33% of residents and 44% of children live in poverty, according to the study by Apartment List.

There, the average annual income per person is about $ 14,000, equivalent to the federal poverty level and $ 10,000 less than the minimum needed, according to the federal government, to support a family of four.

“My daughter needs help with school work and I have to go to a community center where they give her free help because in other places I would be paying $ 80 to $ 120 a month for that service and I do not have any money,” he told Efe Garay.

Poverty, he said, prevents him from learning English and computing, buying healthy food for his family or engaging in physical or personal wellness activities.

“I have to look for help in places that have free or discounted programs, and have them for children and for parents, to take care of our health and to help my son to be educated,” he said.

Robust demographic growth, gentrification and changes in the labor market have contributed to poverty in the Denver metropolitan area, according to the analysis.

Mayor Michael Hancock of Denver noted that 80% of new construction in this city is concentrated in 20% of neighborhoods, precisely those with a majority of Hispanics or African-Americans, thus displacing their traditional residents.

“Although many worry about the possibility of losing their homes, the current housing crisis could cause an even worse loss, displacement of the historic communities of African Americans and Latinos,” Hancock said.

“Our job is to create opportunities for communities, especially communities of color, to raise people, not to displace them, but it is not always easy,” he said.

He said that from 2018 will seek to implement measures “against the displacement of people and in favor of families and businesses with a long presence in those areas.”

Starting this weekend, La Raza Services will collaborate with the Marijuana Industry Group (MIG) to recruit more Latinos to fill vacancies at dispensaries and other businesses associated with this legal industry in the state since 2014.

“We will work together with MIG to break down the barriers of discrimination and lack of access,” Efe Rudy Gonzales, Director of Services of the Race, told Efe.

He said that marijuana businesses offer good jobs with salaries adequate to the cost of living and that “that’s what we want to be able to break the cycle of poverty.”