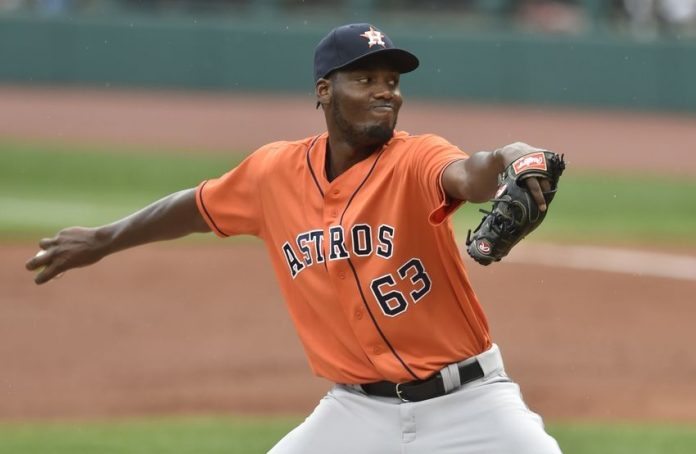 The Houston Astros returned to show that they are real as a winning team to get another important victory tonight after beating 7-6 against the New York Yankees, hours after the suspension was known to the pitcher David Paulino.

Again, the consumption of prohibited substances was the cause that has cost Paulino a suspension of 80 parties without right to salary and no longer assured of continuity with the Astros, since he will not be able to play more until the last game of the season Regular and may not be eligible for the playoffs.

Paulino consumed the Boldenome substance, which improves performance, but is included in those prohibited by the Major Leagues.

The commissioner’s office confirmed today that Paulino, 23, would have to start suspension since the Astros’ game against the Yankees.

“He feels bad about what happened to put in an unfortunate situation the organization, his colleagues, but especially himself,” said Jeff Luhnov, general manager of the Astros. “I am sure he will learn from the lesson he receives and I have no doubt that he has a long and fruitful career as a professional because he has a great talent.”

However, it may not be linked to the Astros, at least after Luhnov pointed out that it would be necessary to see what happens next year, since this season has already come to an end for Paulino.

Paulino, 23, was called Leagues Minor to the big team, on May 30, to cover the space that occurred in the rotation of openers for injuries.
The young Dominican right-hander has a perfect 2-0 record with 6.52 ERA in six starts.

The Astros pilot, A.J. Hinch said he was saddened by what happened to Paulino, who had worked hard to achieve his development, but the system has established controls that have proven to work when someone tries to evade them.

Hinch said he had spoken to Paulino and had a meeting with the team to let them know the news to the rest of his colleagues, who reacted positively, to give their full support.

Despite the injuries suffered by the starters, the Astro remain the best of the majors (55-27) and are leading leaders in the American League West Division.