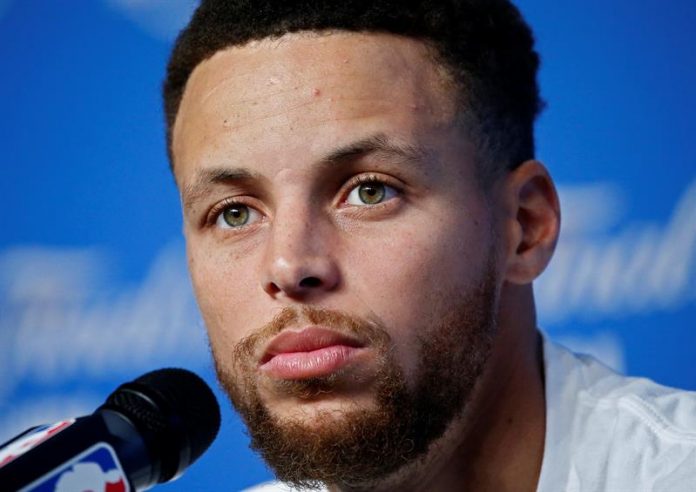 It opened the free agents market and immediately the dance of the millions began within the NBA world with star base Stephen Curry of the Golden State Warriors, starring.

Curry is all set to sign the highest contract extension in the history of the NBA with $ 201 million for five seasons after becoming the great figure of the Warriors, who has already given two league titles in the After three seasons.

Despite the record amount inside the NBA basketball world, star forward LeBron James, through Twitter, questioned that he still holds the salary cap figure, and said Curry, without his existence, should have received Twice as much money.

“Without the salary cap figure, Stephen could perfectly have received $ 400 million because he deserves it,” said James, who this season will be worth more than $ 33 million with the Cleveland Cavaliers in their last contract season.

If he decides to continue with the Cavaliers, for the season of 2018-19, James would charge 36 million dollars.

The lack of competition during the playoff competition and the reduced NBA Finals series, which the Warriors won 4-1, the best of seven, to the Cavaliers, had a negative impact on the Definitive salary cap.

Experts estimate that if there were no salary cap in the NBA, Curry could have a real value between $ 53 and $ 663 million per season.

Prior to his expansion with the Warriors, Curry played with a four-year, $ 44 million contract, one of the league’s biggest businesses.

Another team that already closed a four-year, $ 50 million contract deal were the San Antonio Spurs with Australian base Patty Mills.

The injury of Frenchman Tony Parker and the lack of development of the second year Dejounte Murray, 20, made the Spurs ensure a base of confidence, which is also fully integrated within the squad, where he has as a great friend the veteran Argentine escort Manu Ginobili, who has not yet decided to follow another season with the team or retire.

Now the Spurs will focus all their efforts on defining the contract with the Spanish center Pau Gasol and also with escort-forward Jonathon Simmons, who is a free agent and is loved by other teams.

The same thing happens to the veteran escort Andre Iguodala, already become a free agent, but will continue with the Warriors after the team has offered him a three-year contract and 48 million dollars.

Other teams such as the Houston Rockets, Sacramento Spurs and Kings were also interested in their services, as were the Philadelphia Sixers.

For Iguodala, winner of the MVP of the Finals of 2015, to continue with the Warriors, star forward Kevin Durant has sacrificed $ 28 million of his contract and allowed the continuity of Iguodala.

Despite only a starting match in the last three seasons, Iguodala has had averages of 7.4 points; 3.7 rebounds and 1.1 turnovers in 26.6 minutes of action.

Australian center-forward Joe Ingles, who will be the new teammate of Spanish base Ricky Rubio, traded by the Minnesota Timberwolves to the Jazz, will remain with the Utah team after accepting a new contract for four seasons and $ 52 million.

The Houston Rockets remain active in the signings and reached an agreement with forward PJTucker to sign for four seasons and $ 32 million, less than the 33 million dollars offered by the Toronto Raptors, but preferred the team Texas .

While escort escort, free agent, J.J.Redick left the Los Angeles Clippers and signed for a season and $ 23 million with the Philly Sixers.

Another player who already has new team is the Spanish base Jose Manuel Calderon who reached an agreement with the Cleveland Cavaliers to sign for a year and 2.3 million dollars.