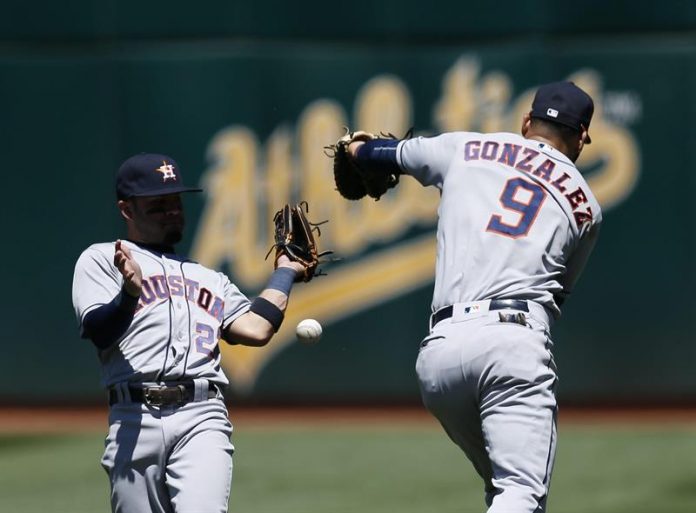 Cuban first baseman Jose Abreu maintained the power of the bat and hit home run for the second day in a row to highlight his swing as a Latin American player on the day of the Major Leagues.

From the mound, the reliever Dominican Fernando Rodney is entrenched in the leadership of rescues of the National League.

Abreu pitched the field again for the second straight day for the Chicago White Sox, who lost 4-10 against the Texas Rangers, but his 15th home run, which he pitted against opener Cole Hamels in the first inning, To a partner ahead, avoid the defeat of his team.

The Cuban left in .296 his average with the tolete and began the month of July with the right foot, sending the ball to the street, after that in June he connected four homecoming.

Abreu added his third time so far this season that he takes home runs in consecutive games, after he hit 3 and 4, and 23 and 24 May, respectively.

The Venezuelan short-inn innkeeper Elvis Andrus hit the first of three Texan homers, who had the bat on.

Andrus (11) threw her in the fifth episode against opener Derek Holland, with one runner and one out in the episode.

His compatriot second base Rougned Odor (14) punished in the eighth to the relief David Holmberg, solo bambinazo, without outs.

Sanó hit a pair of home runs, one in each game of the Minnesota Twins doubleheader, and reached 20 in the season.

In the first, in the 6-11 Twins’ loss to the Kansas City Royals, he pitched in the third, solo, against starter Luke Farrell with no outs in the inn.

In that game, for the Royals, the Venezuelan parachute Alcides Escobar (2) made it sound in the fourth, with a runner against Puerto Rican starter Jose Berrios, without outs.

In the second game, Sanó hit the fifth inning against starter Jason Hammel, with two runners, when there were two outs.

He won Felix Jorge (1-0), allowing seven hits, home runs and three runs, gave a base and struck out two.

For the Royals Cuban ranger Jorge Soler (2) connected in the sixth against the relay Buddy Boshers, with a runner and two outs.

Cabrera kicked the ball out of the park in the Detroit Tigers’ 7-4 victory over the Cleveland Indians in the first game of a doubleheader.

The veteran Venezuelan starter reached the 11th homer this season by throwing the ball in the third inning against starter Josh Tomlin, a solitary bambinazo with two outs on the board.

With his homecoming, Cabrera reached 457 as a pro, secured 37th place in the all-time list and was close to Cuban-born Jose Canseco and Adam Dunn, who have 462 for life and are tied for the Place 35 of the historical list.

For the Indians the first Dominican base Carlos Santana (10) hit in the seventh against the relay Daniel Stumpf, with a runner on base.

Rodney took a save and secures second place in the National League in the Arizona Diamondbacks’ 6-2 win over the Colorado Rockies.

The Dominican closer, who has 21 rescues, got the last one when working on an episode and is entrenched in the National League sublident, only behind Greg Holland of the Rockies with 26.

Cuban first baseman Yuli Gurriel had a two-run homer and double tug on the Houston Astros’ 7-6 win over the New York Yankees.

Gurriel (9), towed four to connect in the fifth episode against starter Jordan Montgomery, with a runner, no outs.

The paracorto boricua Carlos Correa (17) did in the sixth, against Montgomery, alone, with an out.

He won Colombian reliever Dayan Díaz (1-1) in an inning, allowing unstoppable and giving a walk.

Dominican ranger Domingo Santana beat and topped seven in the second in the Milwaukee Brewers’ 8-4 victory over the Miami Marlins.

Santana (14) threw it in the second after overcoming starter Tom Koehler, with a runner, no outs.

The Venezuelan parachute Orlando Arcia (7) also dropped it in the fifth episode on the relay Nick Wittgren, alone, without outs.

His compatriot, starter Carlos Carrasco pitched seven innings, and third baseman Jose Ramirez blew the fence in the Cleveland Indians’ 4-1 victory over the Detroit Tigers in the second game of a doubleheader.

Carrasco (9-3) allowed four hits, career, gave a base and struck out seven enemies.

Ramirez (13) pitched him in the sixth against starter Jordan Zimmermann, with a runner in base and two outs in the episode.