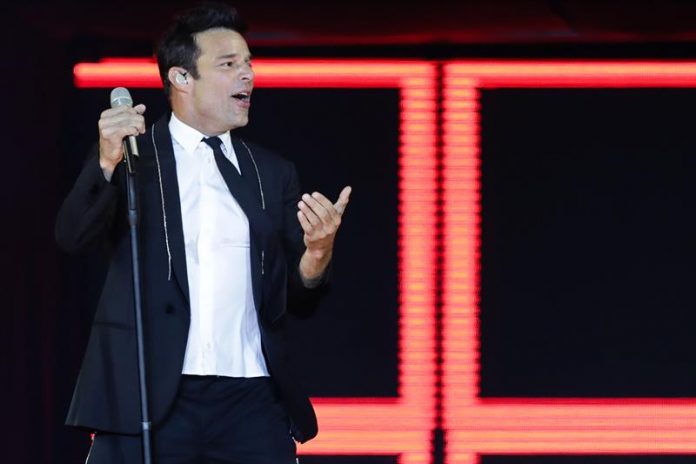 Puerto Rican singer Ricky Martin says he is “very good” the role of lover of the Italian designer Gianni Versace in a new installment of the series “American Crime Story” and has “savored” all the scenes.

Between tours of Europe, the United States and Latin America, Ricky Martin has found a slot in his schedule to participate in the third installment of “American Crime Story”, which is dedicated to the murder of Versace, which this July is 20 years.

The series has the participation of actors like the Spanish Penélope Cruz and the Venezuelan Edgar Ramírez.

“The beginning of my career, as a soloist more than anything, was in the world of acting”, recalls in an interview with Efe.

Ricky Martin, 45, plays Antonio D’Amico, the lover of the Italian couturier murdered on the steps of his mansion in Miami Beach on July 15, 1997 by Andrew Cunanan, who was found dead on an eight-boat days later.

“I’ve made this story very mine, the emotions are very intense, with very dramatic scenes, I’ve tasted them all,” she says.

The singer confessed his homosexuality in March 2010 through his website. In some interview, he has confessed that he did not want to publicly declare his sexual preferences for fear of rejection.

In spite of that, he assures that, “no doubt”, would have accepted the paper of D’Amico if they had proposed it several years ago.

“I would have done the same, and more, if I had been surrounded by the people I am with.” With Ryan Murphy, the creative genius, and Penelope Cruz, a woman who has done so much for performance and leaves her soul In each character, just like Edgar Ramírez: How can I say no? “, He asks while reporting that this production” has been a dream. ”

Martin debuted as an actor along with the other members of the Menudo group in 1986, in the Argentine telenovela “Por siempre amigos”, which had a great impact in Latin America.

He then participated in the second part of the Mexican series “Reach a Star” (1991) and in 1994 he set foot in Los Angeles thanks to “General Hospital”, his first American production.

This weekend the Puerto Rican star culminates the second phase of his residence in “Las Vegas” with “All In”.

The show is not far behind the big productions that are presented in “the entertainment capital for adults” of the United States.

With this series of concerts the Puerto Rican wants to make a tour of his “musical life”, with a lot of Latin flavor but with an international touch to attract audiences from all over the world.

“We go to ballads, we have the Anglo sound with which I worked so hard, and in the end it’s a carnival, it’s a great party,” he says.

Concerning the repertoire chosen for this show, he confesses that “no matter what song was successful in any country because people come to have fun.”

He has had well-known professionals, such as director Jamie King, with whom he has worked previously, and who is behind the shows of Mariah Carey, Britney Spears or Madonna.

“He has a great vision and translates very well, to the visual, my needs,” he says.
In his musical history Ricky Martin explains that, for example, “Maria” was the song that helped him “to break borders and to go around the world in Castilian”.

He tells that “Living the crazy life” was the theme that opened the door to the Anglo market, while in “Shooting the heart” allowed him to be sincere with the most personal moments of his life.

In September the singer plans to resume his concerts in Las Vegas and his intention is to bring “All In” to other cities around the world.