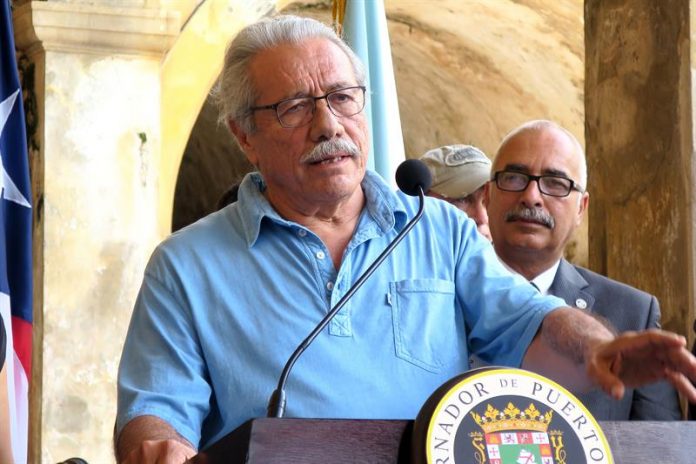 Actor Edward James Olmos, known for his roles in “Stand and Driver” for which he was nominated for the Oscar, and in the “Miami Vice” series, will receive the honor of the IV Ibero-American Platinum Awards, Will deliver on July 22 in Madrid.

The gala will be presented by the Spanish comedian Carlos Latre and the Uruguayan actress and singer Natalia Oreiro, who is also nominated for best actress for “Gilda, I do not regret this love.”

Born in the United States in 1947, but of Mexican descent, Olmos was a Latin pioneer in the North American film industry. He also has two Golden Globes for “The Burning Season” (1994) and “Miami Vice”. Series in which he played Lieutenant Castillo, a role that also earned him an Emmy.

The Platino de Honor, a tribute to his career, seeks to “highlight his role as a reference and spur” for new talent.

In previous editions the Platinum of Honor fell to Ricardo Darín, Antonio Banderas and Sonia Braga, who also this year competes for the statuette to best female interpreter.

The Gala of the Platinum will count with the participation, to deliver prizes, of artists like Imanol Arias, Jorge Perugorría, Kate del Castillo, Miguel Bosé or Rob Schneider, among others.

As for the presenters, Latre today advanced to the journalists that will interweave “great musical moments with moments of humor and great moments of the cinema” and also assured that there will be “great surprises” and that the public will have to interact with him.

On the other hand, the red carpet will have two drivers: the Mexican actress Mónica Huarte and the Venezuelan writer and presenter Boris Izaguirre, who will be in charge of broadcasting for more than 80 million homes the moments before the ceremony.

“A monster comes to see me”, by Juan Antonio Bayona, part as the favorite in the IV edition of the Platinum awards with seven nominations, followed by Pablo Larraín’s “Neruda” with five, while “Desde lá”, ” The Illustrious Citizen “,” The Man of the Thousand Faces “,” Juliet “and” The Thin Yellow Line “, have four each.

This edition of the Platinum brings as a main novelty the inclusion of the category of best miniseries or cinematographic Ibero-American, where they compete “Bala Loca” (Chile), “Four seasons in Havana” (Cuba-Spain), “El Marginal” Argentina), “The Ministry of Time” (Spain), “La Niña” (Colombia) and “Velvet” (Spain).