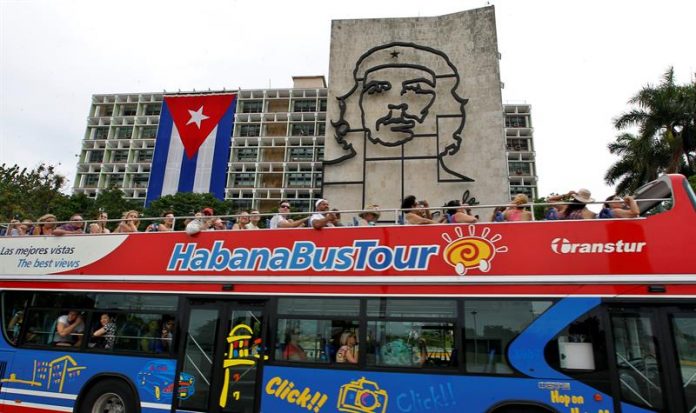 Fruit of the historic thaw between the US And Cuba and several internal economic reforms, a new middle class with “high purchasing power” has been created on the island, giving rise to a “real boom in the Cuban private sector”, says in a report The Havana Consulting Group (THCG) .

It is a middle class that has grown rapidly and given a clear example of “economic autonomy, great entrepreneurship, innovative power and a tremendous force to generate wealth”, says the article prepared by Emilio Morales, president of THCG.

Although still in a limited way, this new middle class has achieved in the 2010-2016 period concrete “very successful and lucrative” business models, ranging from “paladares” (private restaurants) and hotels for renting rooms to beauty salons , Workshops for repairing mobile phones or selling footwear.

The paladares became in 2016 the most profitable mode of business, with 1,716 licenses granted and a maximum annual turnover estimated in CUC (Cuban Convertible Peso equivalent to dollars) of just over 693 million dollars.

In second place were the beauty salons, with 17,837 licenses and a maximum estimated turnover of about 120 million CUC, followed by wholesale wholesale market and lodging (rental of houses and rooms).

According to the THCG Business Report for the month of June, Cuban entrepreneurs working in the aforementioned modalities and others authorized on their own account “have formed a very successful business fabric”.

Undoubtedly, in the Morales report, Cuban economic aid abroad is a “key factor” in the development of the emerging private sector in the Caribbean island, a market for goods and services that is estimated between 2,500 and 3,800 million of dollars.

Of particular relevance is the remittances sent by the Cuban diaspora, currently the main source for sustaining the island’s “dollarized retail trade and its total value.”

It also helped the economic opening launched by Cuban President Raul Castro, which “allowed the expansion of the private sector to 201 modalities in an environment of more flexible laws.”

Morales recalls that, however, entrepreneurs suffer numerous constraints on the part of the Cuban Administration, such as high taxes or the lack of a wholesale market to acquire goods.

And, as the article points out, the Cuban state sector has reached a weight in the economy as it had never had in the 60 years of communist rule.

In fact, the Cuban Armed Forces (the GEASA Group and Minint) “control strategic sectors”: 85% of the retail market, 40% of the hotel sector, the Special Development Zone of Mariel and 27% of ETECSA (State telecommunications company), among others.

Also worthy of note is the “meteoric growth” of national tourism in the last nine years, with 991,122 Cubans staying in 2016.