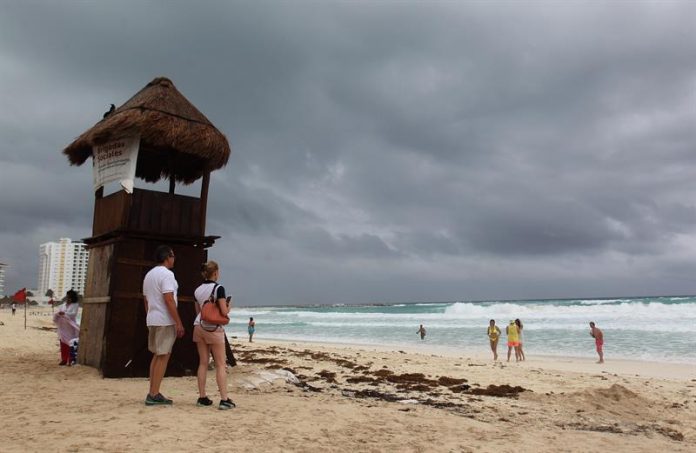 Cindy, the third tropical storm this year in the Atlantic basin, was formed today in the center of the Gulf of Mexico and is headed off the coasts of Louisiana and Texas, the US National Hurricane Center (NHC) reported.

In its 2 pm ET bulletin, the NHC indicated that Cindy has maximum sustained winds of 45 mph and remains stationary at that time.

The tropical storm is about 265 miles from the city of Morgan and about 355 miles from Galveston, Texas.

A tropical storm warning (24-hour pass) is maintained to the west from High Island, Texas, to the mouth of the Pearl River, and storm surge from West High Island to San Luis Pass.

Meteorologists at the Miami-based NHC predict Cindy will approach the southwest coast of Louisiana from Wednesday afternoon or evening, then move Thursday into western Louisiana and eastern Texas.

Meanwhile, Storm Bret begins to “disorganize” in its rapid displacement by waters of the Southeast of the Caribbean.

Bret, which has left heavy rains on the southeast coast of Venezuela, is about 185 miles east-southeast of Curacao and has sustained maximum winds of 40 miles per hour.

It moves west-northwest with a velocity of translation of 23 miles per hour and, according to a likely path pattern, the storm or its “remnants” will continue to move throughout the southeast of the Caribbean over the next two days. ”

Bret was formed Monday in the waters of the Caribbean Sea, east of the Windward Islands, near the coasts of Venezuela and Guyana.

The Venezuelan government has lifted the tropical storm warning (system step in 24 hours) from Pedernales to Cumana and Isla Margarita. For their part, Bonaire, Curacao and Aruba are under storm watch.

The US National Oceanic and Atmospheric Administration (NOAA) announced on May 25 that an Atlantic hurricane season is forecast to be “above” normal, with the formation of 11 to 17 tropical storms, of which 5 to 9 would become hurricanes And between 2 and 4 would be of higher category.