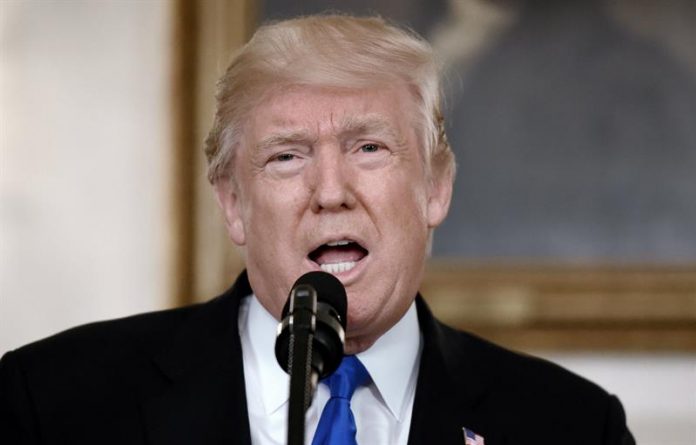 Donald Trump’s new policy toward Cuba is less popular (13 points less) in Florida than the normalization of relations initiated in 2014 by his predecessor in the White House, Barack Obama, but also has deprived the current president of approval, according to a survey Published today.

Thirty-four percent of Floridians approve the tightening of the policy toward Cuba announced last week in Miami by Trump, compared with 47% who say support for the thaw with Obama Island, according to the Economic and Business Initiative Of the University of Florida Atlantic (FAU BEPI).

The demographic firm of that public university based in Boca Raton (Florida) asked online for a sample of 500 residents in this state in the southeastern US. His opinion on the tightening of the policy towards Cuba decided by Trump. The survey has a margin of error of 4.3 percentage points.

The president, who made the announcement Friday in a theater crowded with representatives of the powerful Cuban-American community in Miami and exiled Cubans, has lost popularity among Florida residents after adopting such measures, say the authors. Survey conducted between 16 and 18 June.

In a FAU BEPI survey conducted in March, Trump’s approval in Florida was 36% and is now 35%.

Worse is the effect on Trump’s disapproval, which went from 38% in March to 44% in the last survey.

The main measure announced by Trump, the prohibition of doing business with companies linked to the Revolutionary Armed Forces of Cuba, is supported by 43% of the respondents, while 25% oppose and 33% say they are doubtful.

The new restrictions on travel to Cuba have a support of 44% and the rejection of 32% of the respondents. The percentage of those with no opinion formed is 24%.

Of all the measures of this new policy with which Trump intends to “empower” the Cuban people and put pressure on the “brutal” regime of Raúl Castro to open the country to freedom and democracy is to keep the embassy open in Havana , With 61% approval, 13% rejection and 15% with no opinion.

Floridians are also shown in the survey skeptical that these Trump policies will improve the lives of ordinary Cubans.

Only 21% think it will improve the living conditions of the people of the island, while 36% think it will get worse and 43% think they do not expect changes.

“On the whole, people (from Florida) are more supportive of President Barack Obama’s policy toward Cuba, while Trump’s approval rate continues to fall” in the state, said BEPI professor Monica Escaleras.