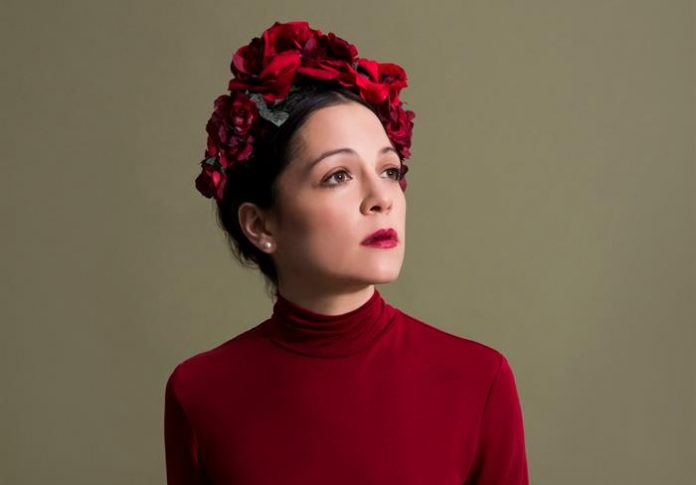 The Mexican Natalia Lafourcade wanted to “get out of the cloud” in which she lived after the success of her album “Hasta la root” (2015) and for that she decided to “hide” from the world and compose an “intimate” album with which to go Even more against the musical stream but “without attacking it”.

“It would be a mistake to make more modern music because the kids are listening to that, it’s not my role in this world of music, I’m very fortunate to bring something from before to the new generations,” Lafourcade said in an interview with Efe today in Miami, A day before the tour on the occasion of his most recent work, “Musas”, pass through that city of Florida (USA).

In “Musas”, her fifth studio album, the artist travels to the past, to an era in which she herself recognizes that she would like to live, with five original songs and seven versions of classics among others Simón Díaz, Agustín Lara and, With which it is more “identified”, Violeta Parra.

In songs such as “Mi tierra veracruzana”, “What I Got Out With You” and “Rocío de todos los campos”, the soprano voice of Lafourcade sounds more linked than ever to the musical culture of your country.

Part of the “fault” of the album’s sound is Los Macorinos, a duo of illustrious guitar veterans made up of Mexican Miguel Peña and Argentine Juan Carlos Allende, with whom Lafourcade forms a team that overcame all “generational breaches “: Failing lists of Spotify, the three had to meet and organize dinners.

“It is much more beautiful, one is malacostumbra to the immediacy of everything,” he says.
From these sessions came a record “recorded live, like in the old days”, according to the singer born in Mexico City, but raised in the lands of Veracruz, and who prepared “in hiding” of his label, so that no one “polluted” his Idea of ​​making music “to do it and now”.

One person had to convince Lafourcade that the beauty of “Muses” deserved to see the light, because the initial intention of the interpreter was to leave it in a drawer and simply to use it to “come down from the cloud” of “Hasta la root” and ” Land on the music “.

“I did not want anyone to tell me that I had to overcome the success of ‘Hasta la root’,” said the artist, who with that album won the Grammy for best Latin album of rock, urban or alternative music in 2016.

With the same work he won in the Latin Grammys of 2015 with five golden gramophones, including Song of the Year, Record of the Year for “Hasta la root”, the song that gave its name to the album and that on YouTube total almost 70 million views .

The bar was high but Lafourcade wanted to get away from it and so took refuge in the acoustic sound of Los Macorinos and with the intention of sounding scenes “everyday and normal life.”

“A family at home while having dinner, a couple while making love, a mom trying to sleep her baby, a granddaughter with her grandmother, those are the best places to hear ‘Muses,” he explained.

Lafourcade wants to feel like this “close to the people of the country”, like the deceased Violeta Parra, one of his muses with Edith Piaf, Nina Simone or Omara Portuondo, who collaborates with her in “Tú me acostumbraste”.

The process of composing “Musas” was so productive that from those sessions with Los Macorinos, who also accompanied her on her tour, 30 songs came out.
Therefore, there will be a second volume of “Muses”, full of Mexican roots and still no date of departure.

“You if you know to love me”, original of Lafourcade, was the first single of the album. It saw the light in the month of January and accumulates more than 22 million reproductions of its video in Youtube and 29 million listenings in the platform of streaming Spotify.
With such success, the artist confesses with “luck” when people listen to it instead of thinking that she is “crazy”.

Because in a world accustomed to eating “hamburgers and fries”, she insists on going against the flow, just because she wants and can make the music “she likes”.

“Music has to be something that fascinates me, because if I would not die in life,” says Lafourcade, muse at the same time of contemporary Mexican music.