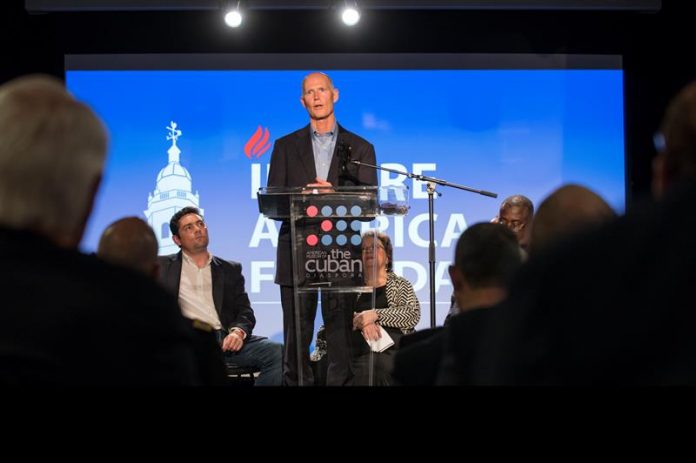 This year, Governor Scott included in the budget a $ 4.9 billion fund for public security, which provides for a salary increase for law enforcement officers, a payment plan for officers in state prisons and prevention.

The total number of 641,014 crimes during 2016, involving both violent and property, includes the 49 killed during the massacre at the gay-inspired nightclub Pulse, Orlando, on June 12 of that year.

“Since the terrifying terrorist attack by Pulse Nightclub on Hurricanes Hermine and Matthew, the uniformed men and women in Florida have responded to the call,” Scott said in the statement. release.

The governor added that Florida’s “steady decline in crime rate” is “a reminder” of the day-to-day dedication of law enforcement officers in this state, an appreciation that coincides with the president of the Florida Marshals Association, Jerry Demings.

“It is the direct result of the efforts of law enforcement, top-ranking officers and patrol officers,” Demings said in remarks.