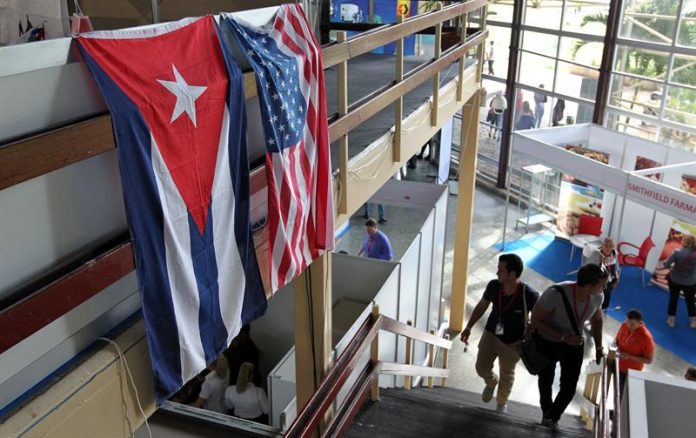 President Donald Trump will propose Friday to strictly apply travel exemptions to Cuba, and will ban trade with Cuban companies owned by military and intelligence services, according to CNN and Politico daily.

Both media had access to the documents of the directives that the president will announce this Friday from Miami, and assure that Trump will also reject the lifting of the embargo to the island until the regime of Havana improves in the matter of human rights.

“The policy of my Administration will be guided by the key interests of US national security and solidarity with the Cuban people,” says the draft of the presidential policy directive of five points and eight pages, accessed by the chain Television and newspaper.

“I will try to promote a stable, prosperous and free country for the Cuban people.To that end, we must ensure that US funds are not channeled to a regime that has not met the most basic requirements of a free and fair society “, Add.

Under strict enforcement of Trump’s orders, the Americans could not make any kind of transaction with any of the companies belonging to the powerful Army business conglomerate, the S.A. (GAESA), which is estimated to control about two-thirds of the island’s retail trade.

The idea of ​​closing commercial ties with GAESA was proposed in a bill in 2015 by Senator Marco Rubio, Congressman Mario Diaz-Balart and Florida Gov. Rick Scott, all of them Republicans, although it did not prosper.
Thus, the rumors of the last weeks about the important role of Rubio in the revision of the policy towards Cuba would be confirmed.

As for travel, Trump will instruct the Treasury Department to audit the trips to Cuba by US airlines that have already begun to operate with their destination.

The president will put an end to the enigma about his political turn to Cuba, which obviously cools the relations reestablished by the government of his predecessor, the Democrat Barack Obama, but neither does he revoke all his policy, since he will not propose closing the embassies or The total blockade of travel.