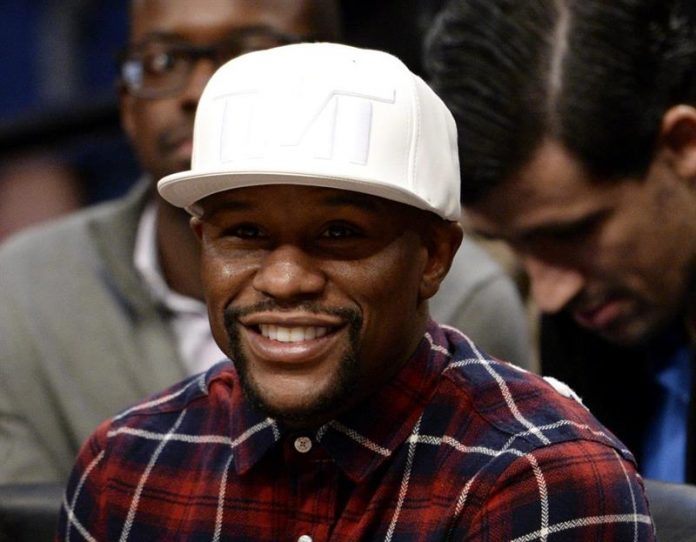 The boxing world, as it had anticipated, reacted unanimously against the official announcement of the fight that will lead the ex-champion of the unbeaten world, the American Floy Mayweather Junior, against the Irish fighter mixed martial arts Conor McGregor.

The date will be next August 26 and the final stage chosen will be the T.Mobile Arena of Las Vegas after having changed it by the MGM Grand Arena, which was the first one released.

It is also officially known that the fight will be made within 154 pounds (69,853 kilograms), super-welterweight, at 12 rounds, and supervised by the US Anti-Doping Agency (USADA).

From commentators to coaches and active boxers have been harshly criticizing the schedule of the fight and especially Mayweather Jr., 40, retired two years ago, and returns only to take a multi-million dollar bag, if at the end of the calculation Which have organizers and pay-TV.

There is already talk of a record box office that could reach 60.5 million dollars and more than 100 dollars for those who want to watch it on pay-TV, which could leave another 500 million dollars, plus all advertising rights.

This means, according to the organizers, that the fight “esperpento”, as it is known in the world of boxing, in the end can generate a collection that exceeds 600 million dollars left the duel between himself Mayweather Jr Against Filipino Manny Pacquiao, who became the biggest “steal” and “scam” suffered by fans in boxing history.

In fact, there are still hundreds of cases in California amateur courts that sued organizers for having “stolen” the money they paid for watching them on television after it became known that Pacquiao was injured in the ring.

The organizers, who have already announced that they could have a rematch if they lost Mayweather Jr., to take care of the legal aspect of possible lawsuits have already warned that the duel is not presented as a pure boxing match but will be between a boxer and a fighter Mixed martial arts.

Leonard Ellerbe of Mayweather Promotions, Stephen Espinoza of Showtime, the chain that will broadcast the fight, and Dana White, UFC president, representing McGregor, began selling it.

The first with the argument that the former world champion can not risk receiving a blow by McGregor to leave him out of action.

Espinoza will be a special show, unique, that fans want to see, no matter what they have to pay, and White, who has made his organization as the great winner, that McGregor will never forget that he can not give No blow that is not regulatory within the sport of boxing.

Neither will he be interested in making that mistake when he will have an insured bag of more than 100 million dollars, the same sportsman who four years ago received a social aid of 235 dollars.

But something special will have to be done about the ring if he wants to give a little show because boxing coaches like Teddy Atlas, who symbolized the experts’ feelings, when analyzing what can stop the duel between Mayweather Jr. and McGregor, said the champion Of mixed martial arts will be unable to reach the undefeated American with a decisive blow.

“McGregor has no choice,” Atlas said. “They were not able to hurt him pugilists like Pacquiao and Saul Alvarez, much less a rival who does not know to box and with which will be playing all the time on the quadrilateral”.

This is also known to the organizers, but their goal is not to go down in history for having presented an “exceptional” fight, real boxing champions, but to mount a experiment loaded with “morbid” that will leave a multimillion-dollar profit.

In addition to overshadowing the great duel that the world of boxing wanted to see this year as it will be the star of the unbeaten Kazakh boxer Gennady Golovkin against Alvarez within the weight of the medians, next September 12, in the same scenario of T Mobile.