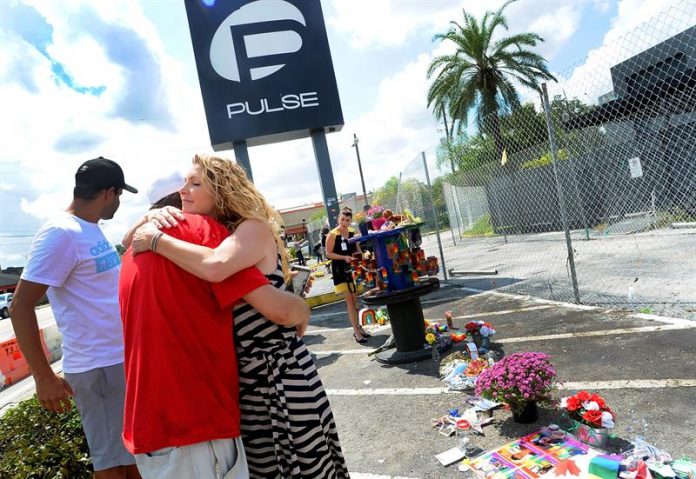 In a country where every year 117,000 people are hit by bullets, massacres such as the Orlando Pulse nightclub, which killed 49 people, are insufficient to shake consciences and change national legislation to prevent further shootings.

Josh Sugarmann, executive director of the Violence Policy Center (VPC), told Efe that he regretted that there had been no “breakthroughs” in Washington after what is considered the worst firearm killing in recent history. United States, of which this Monday, June 12 is a year.

In his view, the “power” of the National Rifle Association (NRA), which has the express support of Donald Trump, the first president to participate in his annual meeting since Ronald Reagan in 1983, and “cowardice “Of Congress lead to an” unacceptable price “being paid, as in no other advanced country.

For Florida congressman Florida’s Darren Soto, like many of the victims of Pulse, it is “very difficult” to tighten the rules in Washington due to the Republican rejection, which controls both legislative chambers, since part of its electorate Is insensitive to the figures of the massacres.

“To achieve a change, it is necessary to change the hearts of the voters of the Republican primaries: they are a minority, but they have a great power of influence, now they are a very united block against the legislative reforms for a greater control of the sale Of arms, he said.

Soto is referring to polls that point out that 96% of Americans are in favor of greater control in the sale of arms, with background checks to buyers, and 91% would bet on a ban on former criminals and mentally ill.

According to CNN’s survey, CNN said in 2012, when it came to banning the sale or possession of weapons with high capacity (60%) or semi-automatic (57%) assault weapons.

VPC figures indicate that, contrary to what the industry says, people rarely use these weapons to defend themselves, because in 2014 there were only 224 deaths per firearm in self-defense cases, while there were 7,670 homicides with The same type of weaponry.

Since 1980 there have been at least 55 massacres (with three or more fatalities) committed in the United States with weapons with high-capacity porters, in which 503 people died and 495 more were injured.

At Pulse, the killer, Omar Matten, used an assault rifle with 30-bullet-sized magazines and some of them had been taped together to recharge faster.

If the type of firearm is not taken into account, since January of 2009 there have been at least 162 shootings in the United States, of which 13 occurred in Florida.

The last one was last Monday, where, also in Orlando, six people died, including the murderer, who committed suicide after entering armed to the offices of his old company.

After this new event, Michelle Gajda, of the group Mothers Demand Sense in the Use of Arms in the United States, demanded “solutions” to the politicians so that the citizens can “go to work, to dance in a club or to enjoy a night in The cinema without the threat of armed violence. ”

However, Sugarmann does not see it as feasible to win the “face of battle” raised by lobbying groups and industry, which pressure Congress not to increase controls on arms purchases.

However, the VPC official does believe that more people have “committed” to this issue, especially after the Orlando killings or the Sandy Hook school in Newtown, Connecticut, which cost the life of Twenty children and six adults.

For this reason, he said, the key is to educate society about the “dangers” of trying to defend themselves with a weapon, as states with the highest number of weapons per capita are those with a higher rate of firearm deaths.

Hannah Sheare, of the Legal Center for Preventing Violence from Firearms, points out that far from Washington, “common sense” reforms to achieve greater control in the sale of firearms come from states.

In this sense, considered a “start” that eight states and the Federal District have banned or restricted the sale of weapons with high capacity chargers, which is in contrast to the “extreme laws” and “dangerous policies” that the NRA supports In Washington.