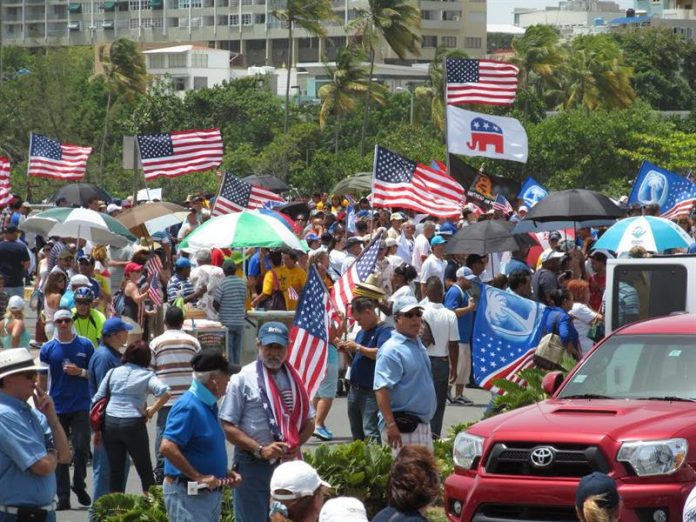 Puerto Ricans will go today to a plebiscite to determine if the island becomes the 51st state of the United States or if it strips of ties that for more than a century have united the Caribbean territory with the giant of the north.

The consultation, which takes place in the midst of a deep financial crisis and with the bankrupt island, will also ask Puerto Ricans if they wish to continue with the current Commonwealth status.

The plebiscite, which is not binding, is the fifth that is held in search of a destination for the so-called “island of charm” and all polls say that “statehood” will be backed by the majority of the 2.3 million Of qualified voters.

According to the governor Ricardo Roselló, who called the plebiscite after being elected by the Popular Democratic Party (PPD) at the end of last year, being Puerto Rico a US state, its inhabitants will stop being second-class citizens, they will be able to participate in their elections And will be favored with federal programs.

But for those who oppose, the consultation is a futile exercise that will run the same fate of four previous years when it won statehood but collided with the indifference of the United States Congress that must give its final approval.

“This plebiscite is a waste of time, has no consequence and has no validity because it has not been given the Department of Justice,” said Efe today, Hector Ferrer, president of the Popular Democratic Party (PPD) who announced Which will boycott the query.

The opposition politician also alluded to the “Tennessee Plan” law, passed a few days before the referendum, which sets out sending a mission to Washington to present the outcome and manage its approval in Congress.

“We will also go to Washington, but it will be to denounce this consultation that is nothing more than a political project that does not mean employment, production development, or economic progress,” he said.

Ferrer said that the plebiscite has cost seven million dollars and will spend more millions on sending officials at a time when the country suffers a deep crisis.

It referred to a bankruptcy declared by the island government that can not pay a debt amounting to more than 70,000 million dollars.

The consequences have become evident in the fall of the economy in cuts to the budgets of the main university of the country, to the police services and, above all, in a permanent exodus of its population of about three million inhabitants.

According to the Institute of Statistics every month in 2015 an average of 7,000 Puerto Ricans moved their residence to the United States, while the Pew Institute of Investigations of the USA indicates that already in that country reside about 5.1 million inhabitants of the island.

On the other hand, local economists predict that the country’s economic and financial situation will continue to decline in coming years and that growth will fall 4 percent between 2018 and 2019.

Some 46 per cent of the population of just over three million live below the poverty line and unemployment is currently 11.5 per cent.

A few hours after the consultation, in which the population can vote between eight in the morning and three in the afternoon, the party in power, the PNP, hurries in Bayamón, near San Juan, the campaign In favor of statehood.

Posters are scarce in the streets of the island, while television ads are more profuse, most of them supporters of a future US state.

As Efe Margarita Tullón, 52, explains, “I will vote because that is my right.”

“I will do it for statehood because that way I will be able to vote for a US president, I do not understand why I have not been able to do it with the American passport!

However, Ricardo Madariaga, 25, considered that “statehood is absurd, what is going to contribute us? That will not mean more jobs, nor lower prices nor live better …”.