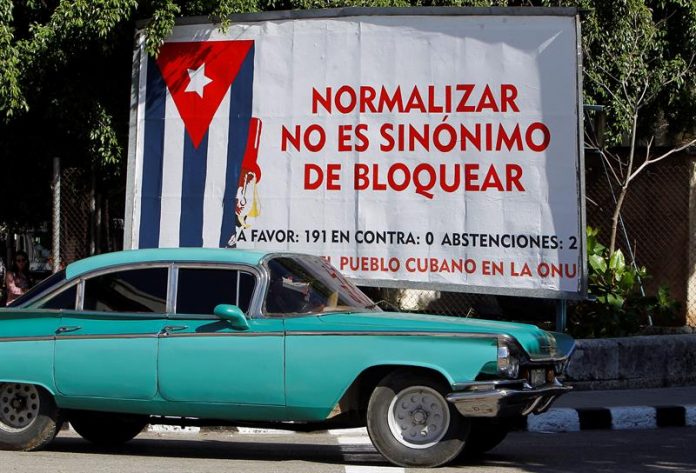 President Donald Trump will announce next Friday in Miami a series of changes to the policy towards Cuba that could harden the conditions for trade and travel of Americans to the island, ABC reported on Friday.

The US network cites anonymous government officials as well as multiple sources from Congress and political activist organizations who are aware of internal discussions being conducted by the White House to determine what the policy toward Cuba should be.

According to those sources, the White House National Security Council (NSC) met today to reach a final agreement on the proposals it will bring to Trump.

When he came to power in January, Trump ordered his team to make a comprehensive review of Cuba’s policy of opening to Cuba from December 2014 onwards by his predecessor, Barack Obama.

It was already known that the review process was near completion and that the announcement would be in Miami, but until now it was not known when Trump would communicate the changes.

The announcement is likely to be in a “campaign-style” speech in Miami, a nod to the anti-Castro sector that has pressured him most on the issue, two sources close to the trial said in late May .

Among the changes that are being discussed are the prohibition of US companies from negotiating with entities linked to the Revolutionary Armed Forces of Cuba and the possibility of imposing more restrictions on US travel to Cuba.

It is also likely that Trump will overturn the presidential directive that Obama issued in 2016 with the aim of strengthening his policy and that served as a guide for the government to make clear the responsibility of each agency in the new relationship with Cuba.

Although Trump is not considering breaking relations or closing the embassy in Cuba, the shuffled changes are far from merely symbolic, according to sources consulted by Efe at the end of May.

One of the changes that may be discussed could impact on tourism, one of the sectors that has emerged from the reestablishment of relations between the two countries.

Although US tourism in Cuba is not allowed, Obama relaxed travel restrictions to his citizens by allowing them to “self-certify” as participants in an educational, cultural or other visit to the island, categories that are legal.

Trump’s intention is at least to strengthen immigration controls so that Americans returning from Cuba have to provide evidence that they actually traveled to the island for those reasons, and not for tourism, according to Efe John Kavulich, Who chairs the US-Cuba Trade and Economic Council, a group of US companies that wants to trade with the island.

Another option would be to eliminate “self certification” and force Americans to apply for a specific license to travel to Cuba, something that could deter travelers and hamper the business to US airlines. And cruises that have begun regular trips to the island.

In that debate on Cuba, two Republican lawmakers of Cuban origin, Senator Marco Rubio and Congressman Mario Diaz-Balart, have been clearly influenced by the pressure that they have been putting on for months to shape possible policy changes.