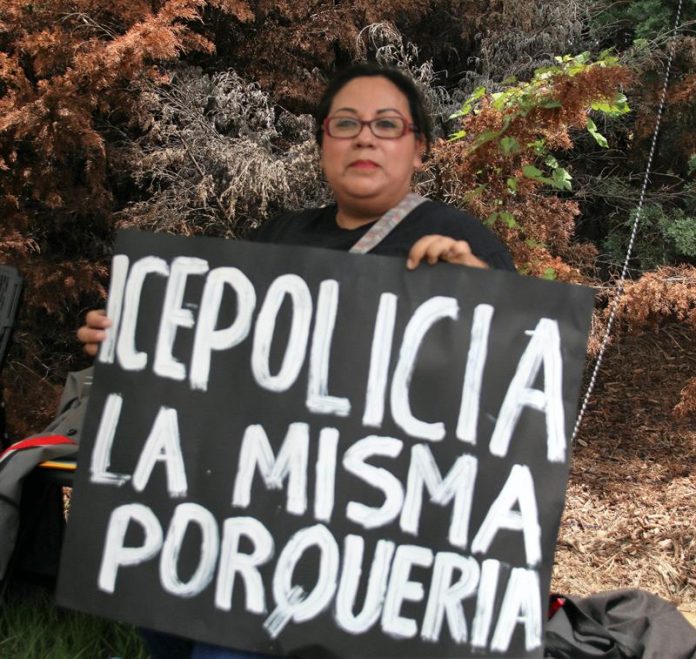 The Denver Police Department chief Robert White confirmed this morning that an Immigration and Customs Enforcement agent (ICE) officer shot a man wanted by federal authorities after he tried to avoid his arrest after being arrested for an offense traffic.

The incident with the man, whose identity was not revealed, occurred a little before 9 am local time at the intersection of Louisiana Avenue and Huron Street, in a mostly industrial area in the Hispanic neighborhood in the southwest Of Denver, and it is unknown until now whether the arrested worked in any of the companies and the reason for the presence of ICE agents in that place is unknown.

In his remarks to the press, Chief White said the man got out of his truck, ran for almost a block and confronted federal agents who were chasing him before one of them decided to shoot him. The bullet “brushed” the head of the now arrested, but did not cause serious injuries.

“It was about the arrest of a vehicle and the individual fled his vehicle,” White said during the press conference, adding that at the moment “other details of the incident are unknown.”

According to the Denver Police Department, ICE did not say why its agents stopped the truck, although it is known that the investigations are continuing and that the local police will collaborate with those investigations to determine “what motivated the ICE officer to shoot.”

The incident comes a day after Denver’s mayor confirmed that ICE sent a letter this week stating that its agents will continue to arrest people in local courts, despite the recent request by local authorities to end those operations.

Last April, Mayor Michael Hancock, prosecutor Beth McCann and the superintendent of the Denver Public Schools, as well as other senior local officials, petitioned ICE in writing to stop arresting suspects in “sensitive places” in the city, such as Churches or other religious buildings, schools and hospitals.

However, according to current rules, courts are not considered “sensitive sites,” reveals the letter sent by Matthew T. Albence, associate director of ICE, to Mayor Hancock, so ICE will continue to seek suspects in courts with A criminal record, with violent behavior, or fugitives from the law.