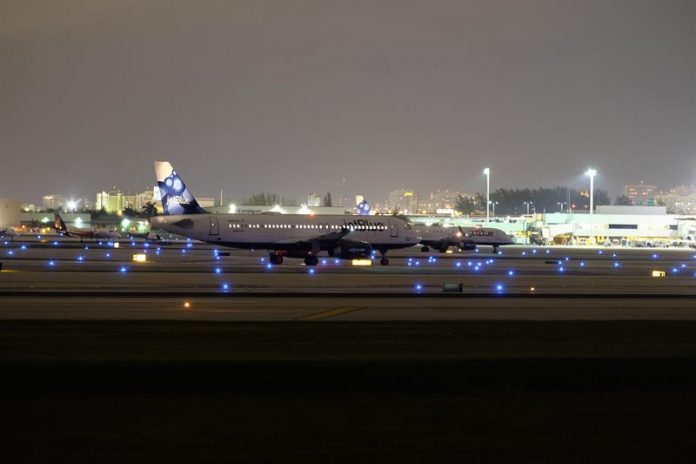 A US judge Scheduled for January 2018 the trial of Esteban Santiago, accused of shooting five people at Fort Lauderdale airport on January 6, after a “status conference” held today.

Judge Beth Bloom said the 26-year-old Puerto Rican ex-military’s “two-week” trial will begin on January 22, 2018, according to court documents Efe had access to.

He also set a new “status conference” for next September 8.

During today’s brief hearing, it was established that Santiago’s lawyers must submit “all medical records” of the accused before June 23, while the Attorney General’s Office must present the complete package of documents before November 3.

Last March Bloom determined that Santiago is “mentally ill” but that he is not incompetent to face a trial and help in his defense.

The defendant was diagnosed with “schizophrenia and schizo-affective disorder, both psychotic illnesses” that were detected since he was held in Broward County Prison, north of Miami.

On January 30, Santiago declared that he was not guilty of the 22 counts that were imputed to him and that they can lead to a death sentence or to life imprisonment.

The ex-military man, who was stationed in Iraq for two years, arrived in Fort Lauderdale from Anchorage, Alaska on 6 January, and opened fire with a gun against people waiting for their bags in an airport hall, the videos showed Of the security cameras.

The gun and its ammunition were inside a suitcase that was billed in Anchorage and picked up on arrival at Fort Lauderdale airport, north of Miami.

Santiago was formally charged with eleven charges of causing death and personal injury at an international airport, five for causing death during a violent crime and six more for using a firearm during the episode.

None of the charges are related to terrorism, as the Prosecutor’s Office found no evidence that the attack was related to the Islamic State (EI), although the accused in his early versions claimed to have been inspired by that terrorist group.