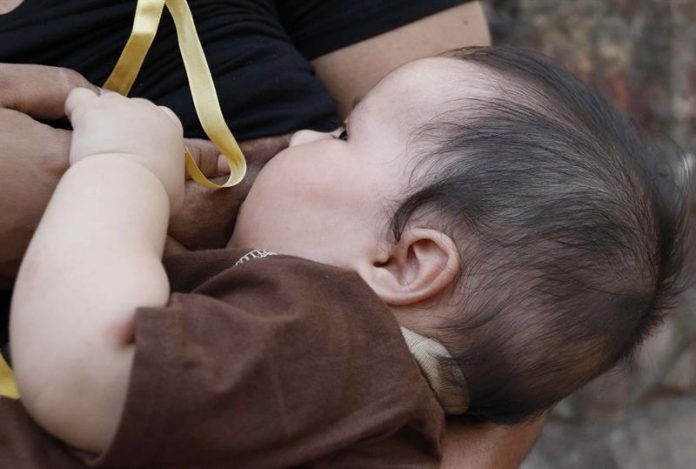 Disinformation, marketing and legislation that does not encourage breastfeeding, a right for both mother and child, are the main reasons why Mexico lags behind this issue in Latin America.

“It is a practice that goes down. In the National Survey of Health and Nutrition (Ensanut) of 2012, it was detected that on average only 14.4% of women breastfeed their children,” being one of the ” Low in Latin America, along with Dominican Republic, “explains in an interview with Efe Ana Charfen, consultant in breastfeeding internationally certified.

The specialist points out that one of the main reasons why women decide not to breastfeed is because of the legal vacuum that exists in Mexico, despite the reforms that occurred on the issue in 2014.

“The World Health Organization (WHO) says that breastfeeding should last two years, which should be exclusive for the first six months,” he says.

However, in Mexico “working women give us only six weeks before and six weeks after delivery, so we have to re-enter the work and many choose not to breastfeed,” Charfen explains.

According to the amendment to article 28 of the Federal Law on Workers Serving the State, women can decide during lactation between having two extraordinary rests per day, half an hour each.

In addition, they can enjoy an hour a day to breastfeed their children or make milk extraction in an appropriate and hygienic place.

However, the expert believes that the work environment for Mexican women does not favor this practice which, he points out, prevents one of Mexico’s greatest health problems: childhood obesity.

On the other hand, Charfen says that although the Government has launched campaigns to promote breastfeeding, they have been inefficient.

“A few years ago, the Mexico City government campaigned, but it did not reflect Mexican women, it was a bit aggressive. The speech says that it supports breastfeeding,” he says.

Legislation does not reflect this support, he says, and there are no lactars (environments that are equipped for mothers to extract their milk).
Disinformation has become one of the main obstacles for women to choose to feed their children with breast milk.

“The idea that breastfeeding is going to make you slave to your son, who is very demanding and hurts, make it look negative,” he says.
Similarly, he adds, the social pressure to take the baby off the chest soon make many mothers deny this practice “because their social core criticizes them if they give birth for more than a year.”

In addition, the marketing of artificial feeding products has affected natural breastfeeding.

“Many women, when they leave the hospital, give them a bottle of milk, in addition to being told they should feed the baby every three hours for 10 minutes and then supplement with artificial milk, which affects the natural production of milk” , Explain.

That is why the specialist asks not only to be aware of the importance of breastfeeding, but to regulate manufacturers of artificial milk.

“The WHO made a code to regulate artificial milk, which says that you can not advertise the formula, but it is done”, says the expert, who considers that it needs to fine the companies, health centers and laboratories that promote that Product, he says.

For breastfeeding to work, the expert recommends feeding the baby within two hours after birth and then give it on demand.

If in doubt, ask the mothers to approach specialized associations to learn and practice.

“Our milk is gold, but we do not know that, that nobody tells us. This is an activity that we should not lose, is something that all women should be able to experience,” he concludes.