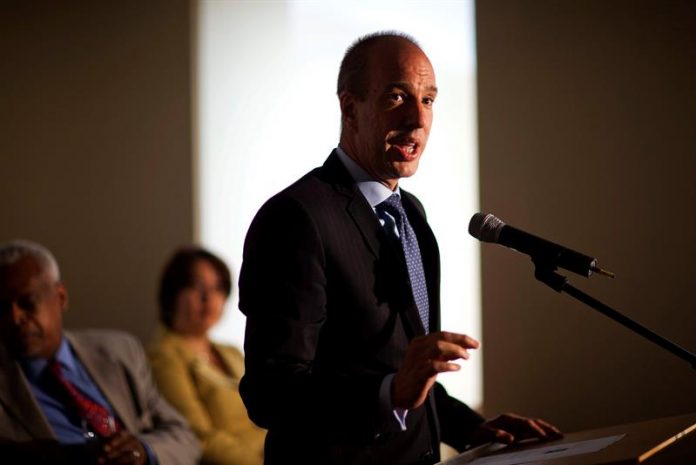 The Florida government failed to warn the public in 2016 about toxic algal blooms in the state and has failed to sufficiently investigate its impact, a study released today by the American Civil Liberties Union (ACLU) said.

The report “Contaminated Waters: Threats to the Public and Health, and the Right of the People to Know” was conducted by journalist and researcher John Lantigua, with information from local residents, scientists, environmental groups and the media, among others.

In 2016 a rotten, thick blue-green algae flooded beaches in southeastern Florida and set off the alarm not just because of its toxicity but because of its ability to scare tourists and coastal residents.

Florida ACLU noted that because of this outbreak the community asked it to investigate the “transparency” of state authorities regarding the dissemination of information about the potential serious public health hazard posed by the flow of algae.

Residents and environmental organizations, such as the Florida Oceanographic Society, expressed “concern about the state’s performance in delivering the necessary information in a uniform manner to all citizens in the affected areas, and whether the state underestimated the scientific evidence of hazards to Public health “.

At high levels, this algae, capable of producing toxins, can “affect the gastrointestinal tract, liver, nervous system and skin,” said the Florida Department of Health.

However, according to Mark Perry, director of the Florida Oceanographic Society, there were no official warnings from the Florida Department of Environmental Protection or the South Florida Water Management District even though they had already detected algae.

“There was no public health council, people were exposed to it long before there was any warning,” Perry said in the report.

He recalled that the first signs in southeastern Florida were in the second week of May 2016 when a scientist from the South Florida Water Management District identified a 33-square-mile algae mat on Lake Okeechobee.

These pollutant discharges from the Okeechobee traveled through the dike channels, rivers and estuaries to three east coast counties: St. Lucie, Martin and Palm Beach, and one in the West, Lee.

The algae, which they have also called “guacamole” because of their thickness and color, caused the closing of some beaches during the bridge on July 4 and kept tourists, neighbors, environmentalists and local, state and local authorities on alert. Countries.