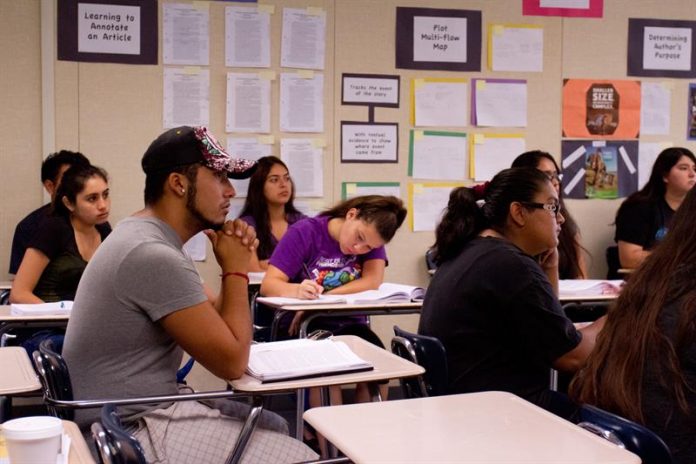 US Latino families with children in college are the most reluctant ethnic group to borrow to pay for higher education costs, although they save less, according to a new study.

The MassMutual survey, one of the leading life insurance mutuals companies, examined at the end of 2016 the attitudes and needs of families in planning and funding education for 1,750 people of Hispanic, African American, Chinese, Korean, And Asian, in general.

Latino parents were more opposed to their children getting student loans and preferred other methods to help pay for college.

More than 43 percent of these families favored scholarships and federal student aid, while 36 percent did so because of their parents’ savings and 31 percent because their children went to a cheaper college.

The remainder preferred the funds of a retirement account, the tax-advantaged savings plan (known as 529), part-time work for their children, work-study programs, and parental loans.

While Hispanics were one of the most optimistic groups regarding college affordability, they were also the ones that saved less compared to any ethnic group surveyed.

The study attributed this optimism to its greater knowledge of more methods to pay for college and cultural beliefs that it is not necessary for the university period to end after a strict four-year plan in a single institution and its belief that anything is possible .

“For Latino parents, financial security resulting from a college education is a key factor for the future happiness of their children, as it will open the door to opportunities that they or their parents may not have had,” said the director. Market of MassMutual, David Hufnagel.

“The university,” he added, “represents a way to improve the financial future of the whole family, which aligns with the collective behavior of Latinos with a strong focus on the family.”