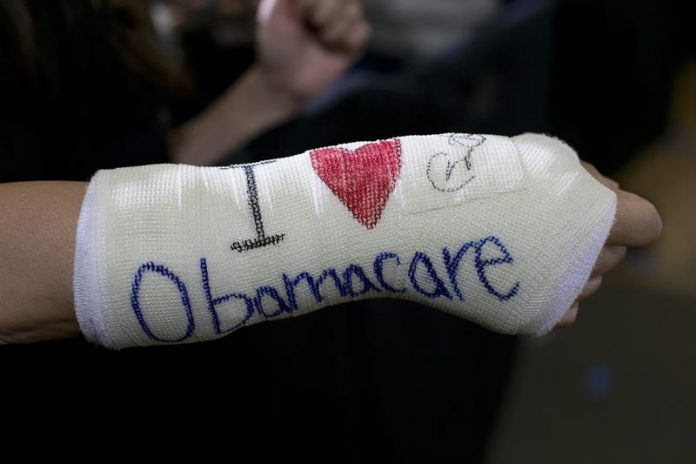 President Donald Trump is ready to make another concession in the negotiation of the federal budget to avoid partial closure of the government and notified Democrats today that he will continue to pay the bills. Subsidies that cover the current health law, known as Obamacare.

The White House demanded that they get the subsidies out of the budget bill being negotiated this week to provide funding to the federal government until September 30, but Democrats fiercely opposed that stance.

That Trump maneuver was intended to force Democrats to renegotiate the healthcare bill promoted by former President Barack Obama by implying an inevitable rise in health insurance costs.

However, Democrats’ opposition to accepting that budget provision has once again put the president back on record as he also lifted his demand that the budget bill include funding to begin construction of the wall on the Mexican border.

If Congress fails to reach a budget agreement, much of the government will close after midnight on Friday.

Pelosi, who has spoken several times with White House chief of staff Reince Priebus, issued a brief statement today in which he accepts that the president should refuse to specifically withdraw funds, even if the text does not include Specifically your payment.

“Our main concerns in these negotiations have been about funding for the wall and uncertainty about payments for crucial subsidies for the stability of Affordable Care Act markets. We have made progress on these two fronts,” he said. Today the congresswoman.
Other Democrats, however, are not so willing to accept the president’s word.

“Personally, I do not trust anything you say,” Rep. Tony Cardenas said, rejecting the idea that Democrats would accept a White House offer without legislative language to back it up.

“I would like to see it in writing. I would love to see it done through legislation,” he added.
Trump’s offer comes as negotiators from both parties say they are close to an agreement that would fund the government for the remainder of fiscal year 2017, which runs until Sept. 30.

Obamacare grants are the biggest obstacle to reaching an agreement, since ending that law is a top priority for Republicans, while Democrats are protecting it.