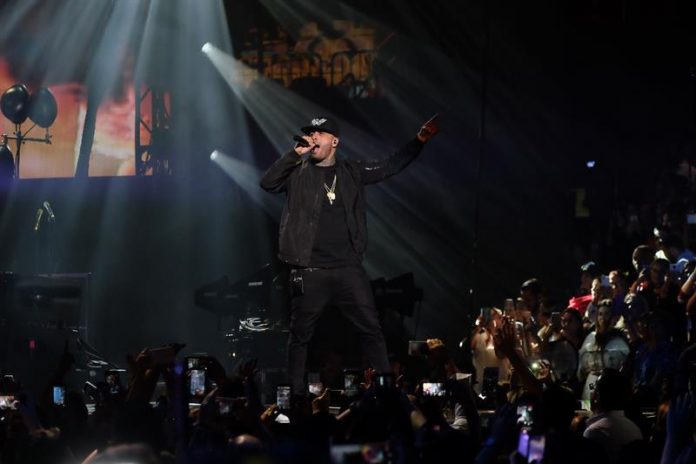 A unique “hand to hand” between Nicky Jam and J. Balvin, an interview with Miguel Bosé and the presentation of Ednita Nazario’s autobiography are the highlights of this year’s Billboard Latin Music Conference, which will analyze the state of The music industry in Spanish.

Nearly a thousand professionals from the sector will attend the event to be held in Miami Beach on April 24, 25 and 26 and wants to be a “discussion forum” that serves as “inspiration for people to learn.”

This was stated by the Executive Director of Content and Latin Programming for Billboard, Leila Cobo, in an interview with Efe before the beginning of the Conference.

Cobo said he is especially “enthusiastic” to receive the Spanish Miguel Bosé, with whom he will talk about his entire musical career, and that it is a “luck” to have the Colombian J. Balvin and the American of Puerto Rican origin and Dominican Nicky Jam together For this edition.

In a conversation, two of the biggest stars of Spanish music will tell “how they look like Latino artists” and reflect on the current way the industry works, “as the new way to publish singles.”

“The friendship between the two is important,” said Cobo, who explained that in addition there will be more names present in the so-called “panels” of the Conference.
Another outstanding conversation will be the one of the own Leila Cobo with the boricua musician and producer René Pérez “Resident”, half of the extinct group Calle 13.

Both these and the other sessions will have a section of questions from the audience to the protagonists in the final part of the “panels”.

The business of music, analyzed from the inside by its protagonists. That is the objective of one of the most important musical events of the year, as Efe called “Tostao”, a member of the Colombian band ChocQuibTown, who will participate in the session called “Pop + Urbano = El matrimonio perfecto”.

In that conference also will be the Mexicans Reik, the Colombian Silvestre Dangond and the Puerto Ricans Wisin and Ozuna.

Farruko, one of the most promising young Latin artists on the music scene, will be the star of the panel dedicated to the trap scene, a style that is “growing a lot and is a trend,” according to Leila Cobo.

Ozuna, another of the representatives of the genre, told Efe in a recent interview that the trap is “the music of the future that comes to revolutionize the moment as rap did in its day.”

On Tuesday afternoon will be the turn of a special panel for Cobo: the one dedicated to the autobiographies of singers.

In it will be the Puerto Rican diva Ednita Nazario, who at age 62 has written her memoirs in “Una Vida”, a project in which Cobo collaborated personally.

On the opposite side of the road of the debutant musicians looking to take the final step for their careers, the Billboard Conference will give them “practical tips” to get their niche in the market.

Some of these new interpreters, such as Casilda or Railrod, will be featured in the “window displays” organized during Conference nights.

But as usual, there will be much more to the Conference than musicians: record labels, radios, streaming platforms, marketers and brand managers will also have their space, as well as “some of the world’s top representatives” Are cited in Miami.

All of them will discuss about another topic very present in the industry, the volatility of the business, Cobo said.

“There are times that what is hot one day is no longer the next. The Conference tries to be as current as possible,” he said.

That current also transcends musical boundaries, since for Cobo the “political timing” of this event organized by Billboard is “good” and that will cause “many opinions”, including references to US President Donald Trump, from the world of Latin show

With more or less debate, for three days, the various talks and talks at the South Beach Ritz-Carlton will open the mouth for the final act of the week, the Billboard Latin Music Awards, to be held on Thursday night in The Watsco Center at the University of Miami in Coral Gables.