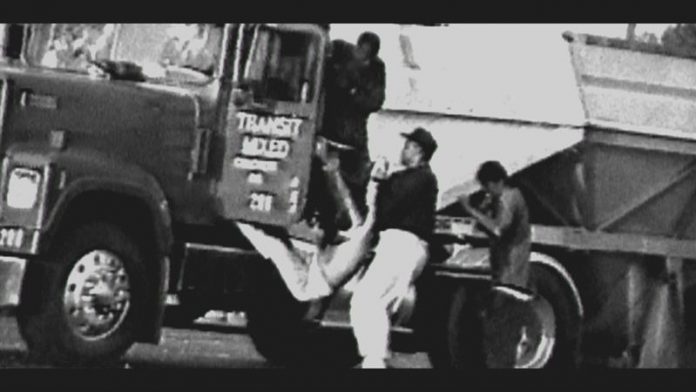 After 25 years of the Los Angeles riots of 1992, different films are reminiscent of this episode of racial protest, rage and despair that left the city of California on the brink of chaos for several days.

Spike Lee with “Rodney King”, John Singleton with “LA Burning: The Riots 25 Years Later” and John Ridley with “Let It Fall: Los Angeles 1982-92” are some of the filmmakers who have taken advantage of the quarter century of those Riots to reflect on facts that shocked the country and revealed the hidden face of the American dream: racism, injustice, misery and police brutality.

Whether from an in-depth study of Ridley’s background, adopting a documentary aesthetic to Singleton’s use or using Lee’s artistic “performance” as a vehicle for expression, all three focus on how the exculpatory verdict in Rodney King’s case Unleashed the ire of the black community of Los Angeles before the racism of the society and the authorities.

In March of 1991, the African-American Rodney King received a terrible beating at the hands of several police of Los Angeles that stopped him when he was driving.

Although this beating was recorded on video and caused a great media frenzy, on April 29, 1992 a court of mostly white people exonerated the officers.

Immediately, protests from the black community erupted in angelic neighborhoods like South Central and business looting, burning of buildings and violence against non-African Americans began.

For roughly a week, the riots spread to other areas of Los Angeles, virtually a lawless city that declared a state of emergency and deployed military forces to control the situation.
The riots ended with more than half a hundred deaths and more than $ 1 billion in economic losses.

In 1993 a new trial was held and two of the four agents involved in the beating, Stacey Koon and Lawrence Powell, were convicted.

“Let It Fall,” a detailed 150-minute documentary of John Ridley (screenwriter for “12 Years a Slave”, 2013), looks back and treats the riots not as the explosion of an isolated incident but as a consequence of Years and years of racism and underground indignation.

This film paints Los Angeles in the 80’s as a glittering city with Hollywood stars, 1984 Olympic Games, warm weather, kind people and the Lakers of the “showtime” of Magic Johnson.

But behind this shop window, social disintegration through racism, drugs, poverty and violence set in, especially in the suburbs of the black community.

“Let It Fall” recaptured testimonies from witnesses and people affected by the riots, footage of what happened on Florence and Normandie avenues, the epicenter of violence in those days, as well as striking images of Korean immigrants from the Koreatown neighborhood defending To shots its commerce before the chaos.

John Singleton, who was the director of “Boyz n the Hood” (1991), uses the traditional techniques of television documentary in “LA Burning: The Riots 25 Years Later.”

Among the most interesting moments of the film is the presence of Singleton himself in 1992, who went to court to hear the resolution of the Rodney King case and, on leaving and totally angry, anticipated with clarity what would happen: “The Verdict sucks (…) All this is like a bomb, we’re sitting on top of a bomb.”

Finally, Spike Lee, probably the most influential black filmmaker in Hollywood thanks to films like “Do the Right Thing” (1989) and “He Got Game” (1998), will premiere the feature film “Rodney King” next Friday on the platform Digital Netflix.

This film takes the form of an intense monologue by the actor and scriptwriter Roger Guenveur Smith, who puts himself in the shoes of Rodney King and remembers, from his perspective, the facts that would give rise to those disturbances.