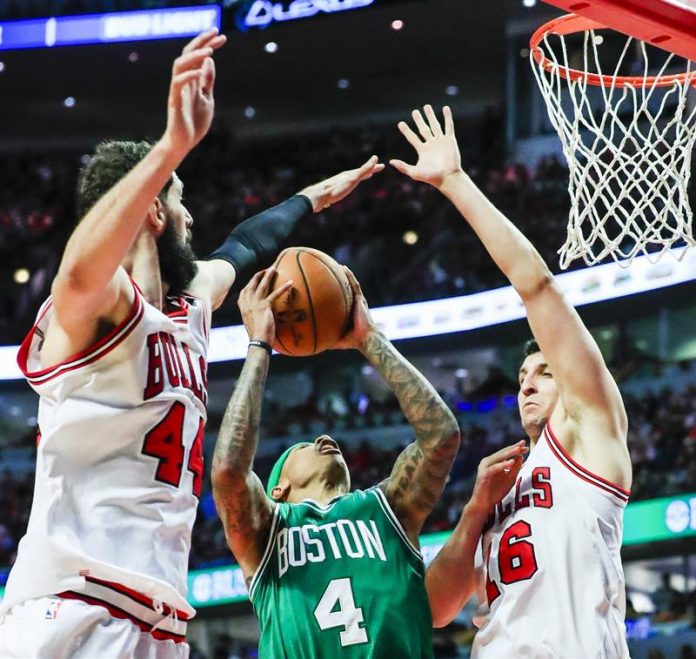 Houston (USA) .- Brazilian center Nené Hilario became the protagonist of the NBA playoff day by completing the perfect match in the basket shots and giving the Houston Rockets a golden triumph.

While the Cavaliers, without giving their best version yet, did the right thing to become the first team to make the pass to the semifinals within the Eastern Conference.

Hilario returned to demonstrate the great acquisition that made the Rockets of Houston. The Brazilian was perfect in the 12 field shots he made, including the latter with 11.6 seconds left in the regular time that put a score of 110-107 without the Oklahoma City Thunder could overcome the disadvantage and lost the game by 109- 113.

The big game made by Hilario allowed the Rockets to take a 3-1 lead in the series to the best of seven. The fifth meeting will be played next Tuesday at the Toyota Center in Houston, where they could close the tie and move to the semifinals.

Hilario was raised for the 25 minutes he played in the saving leader of the Rockets with his perfect shots and the four points he scored of seven staff launches that allowed him to reach the 28 points. The Brazilian pivot ended a double-double with 10 rebounds.

In this way, tied the best mark of all time to finish a playoff game without having any failure in the basket shots.

The match also left a historic triple-double of Westbrook (35 points, 14 rebounds and 14 assists).

Westbrook, MVP’s top MVP along with Harden, tied with the legendary Wilt Chamberlain the mark of being the only two players in the playoffs to get three straight triple-doubles.

LeBron James also scored a double-double of 33 points and 10 rebounds, helping the Cavaliers advance to the Eastern Conference semifinals after “sweeping” the series against the Indiana Pacers (4-0). In the last confrontation they prevailed like visitors by 102-106.

The Cavaliers will face the winner of the tie between the Milwaukee Bucks and the Toronto Raptors who are tied (2-2).

Both teams will meet again in the fifth game of the series, to be played Tuesday at the field of the Staples Center in Los Angeles.

Home base Isaiah Thomas recovered his best scorer inspiration and contributed 33 points that allowed the Boston Celtics to beat home to 95-104 Chicago Bulls in the fourth round of the Eastern Conference playoff first-round playoff.

The Celtics added two straight victories at the United Center in Chicago after losing the first two games of the series at Boston’s TD Garden.

The victory of the Celtics, who have taken advantage of the injury loss of their ex-franchise Rajon Rondo, fractured the thumb of the right hand, allowed them to tie 2-2 the series. The fifth game will be played Tuesday at Boston’s TD Garden.

The Bulls, who moved into the final in eighth place in the Eastern Conference, had back-up guard Jimmy Butler as their best player with 33 points and nine assists. Efe