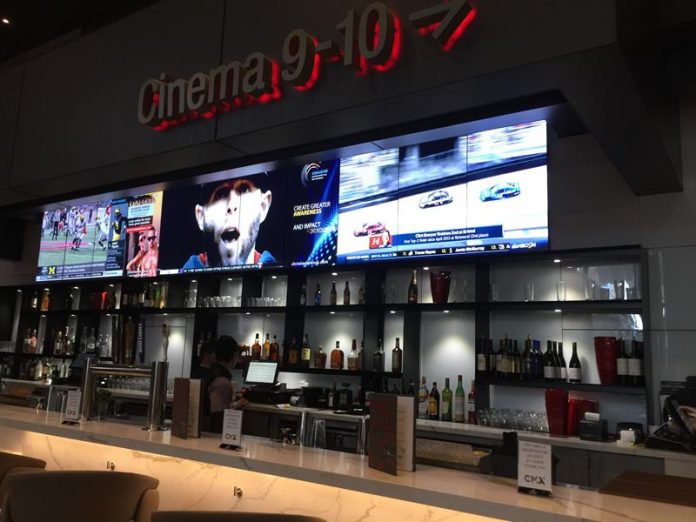 Miami.- CMX, a subsidiary of Mexico’s Cinemex, the sixth largest cinema chain in the world, will open five luxury film complexes in the United States this year, the first of which is already operational in Miami, and for 2018 Expects to reach a two-digit number.

This was said today by Efe Luis Castelazo, director of the company, during a presentation to the press of the first CMX, located in the Brickell Center, the newest and largest in Miami, where it opened its doors last weekend under The commercial slogan “VIP film experience”.

Castelazo did not want to give investment figures, but pointed out that it is “the largest per room” made so far globally.

The CMX Brickell Center, located in the financial district of Miami, near the city center, has 10 rooms all with laser projectors and sound system of Laboratories Meyer.

The largest room is equipped with Dolby Atmos audio technology, the most advanced existing today, according to Castelazo.

All seats are fully reclining and have space to store personal belongings, electronic device charger and light, among other amenities.

The viewer who wishes may have a device that provides only subtitles to him in Spanish or French.

Castelazo told Efe that because Miami is a cosmopolitan city and with a population of many different origins the MCX billboard will be designed to reach all audiences, which means that, in addition to Hollywood productions, films will be screened in other countries , Including Mexico.

The VIP experience that CMX promises includes a gastronomic offer that the viewer can taste in the two bars / restaurants of the cinema or in his own seat, attended by waiters who, according to Castelazo, are trained not to distract other viewers.

CMX has its own application that allows the viewer not only to take the tickets in advance of the trip to the cinema but also to order food and drinks.