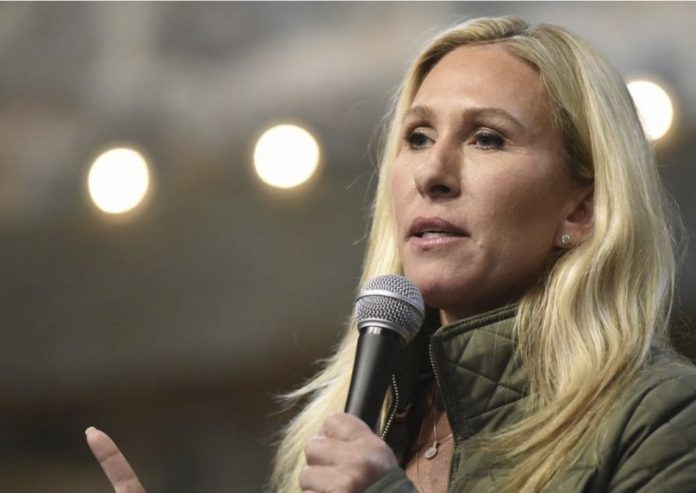 US congressman assures that “not one more penny will go to Ukraine” if the Republicans take control of the Capitol “Our country comes first”, emphasized the Republican legislator Marjorie Taylor Greene

Marjorie Taylor Greene, a Republican congresswoman, assured that “not one more penny will go to Ukraine” if her party regains control of the House and Senate in the mid-term elections, scheduled to be held in the US next week. .

“The only border they care about is Ukraine, not the southern border of the United States,” Greene declared, referring to members of the Democratic Party. “Under the Republicans, not one penny more will go to Ukraine. Our country comes first. [They] don’t care about our border or our people,” the congresswoman said at a rally that took place this Thursday in the state of Iowa.
kyiv’s reaction was immediate. Sviatoslav Yurash, a member of the Servant of the People party, led by Vladimir Zelensky, said he had “a lot of confidence in the bipartisan consensus in the US on the issue of supporting” Ukraine in its “fight” after the elections.

“Marjorie Taylor Greene is not a major factor in the Republican discussion,” the politician told Newsweek. “We are very aware of the debates between the right and the left, and Marjorie Taylor Greene came up at that time,” he added.
“That there is an extreme right and extreme left in the United States and that they have different points of view is obvious, because the United States is a democracy,” he argued, and assured that “in terms of the general perspective on both sides of the aisle, the support for Ukraine is very clear.”
“We are not asking for unlimited aid to Ukraine,” said Yurash, arguing that kyiv is “very clear where the money it receives from Washington is spent.”