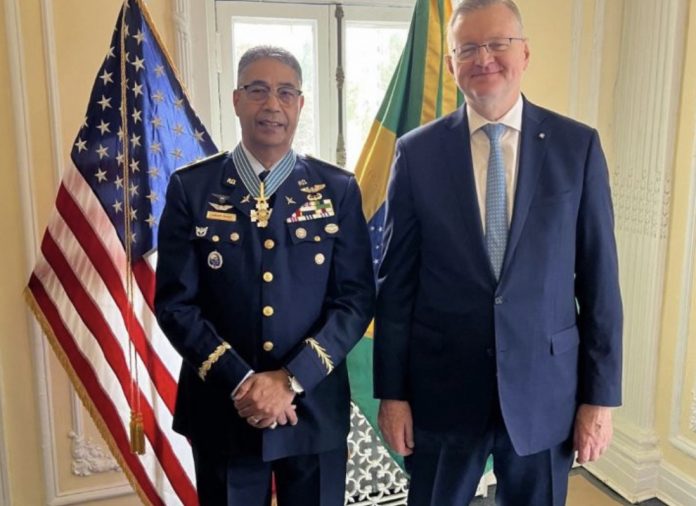 The Republic of Brazil awarded the “Aeronautical Merit Order”, the highest decoration granted by the Brazilian Air Force, to Pilot Brigadier General Robert Miguel Labort Pérez, FARD., Defense, Military, Naval, Air and Police Attaché in the United States of America, Representative and Head of Mission to the Inter-American Defense Board (IADB), from the Dominican Republic.

The decoration was imposed by His Excellency Ambassador of Brazil in the United States of America, Mr. Néstor José Forster Júnior.

The ceremony was held on October 28 to commemorate the anniversary of that institution, in the Flag Room of the Inter-American Defense Board.