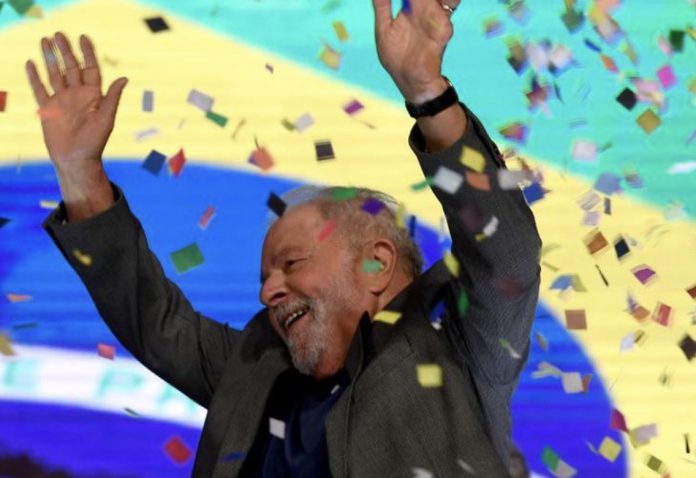 Luiz Inácio Lula da Silva won the historic elections in Brazil this Sunday, with 50.83% of the votes, compared to 49.17% for Jair Bolsonaro with 98.81% of the votes counted.

With these results and at 77 years old, the leftist will be the oldest president to take office and the first Brazilian to enter the Planalto Palace for the third time. For his part, Bolsonaro is the first president in the recent history of the country not to be re-elected.

Although Lula’s victory consolidates the turn to the left in Latin America, the narrow margin, the tightest since the redemocratization of the country, reflects a completely divided country.

Unsurprisingly, Bolsonaro began to lead the count, but was overtaken by Lula with 67.76% of the count, as votes from poor northern and northeastern states began to pour in.

Bolsonaro has waged an intense campaign in recent months against the electronic voting system that has been used in Brazil since 1996, raising fears that he will not accept defeat.

“The moment Lula’s victory is confirmed, Western leaders can be expected to recognize the result immediately to increase pressure on Bolsonaro to accept defeat,” analyst Oliver Stuenkel wrote.

On this election night, the far-rightist won a victory in the state of Sao Paulo, where his candidate, former Infrastructure Minister Tarcísio Gomes, defeated the PT candidate, Fernando Haddad. In Rio Grande do Sul, his candidate, Onyx Lorenzoni, lost against all odds to the young Eduardo Leite. Ten other states also elected their governors in the second round, including Bahia, where Lula’s candidate Jerónimo won.

The arrest of hundreds of buses with voters by the Federal Highway Police, considered close to Bolsonaro, clouded election day by delaying the pace of voting. In the morning, the director of this organization even published a message of support for Bolsonaro on the networks, which he later withdrew.

Although the police operation was criticized for being used for electoral purposes, the TSE assured that it did not affect the results and that the voting took place normally.

The electoral campaign was also shaken at the last minute after an incident recorded on video on Saturday, in which a Bolsonarista deputy chased a black journalist at gunpoint after a discussion about the elections.

Lula’s victory not only closes four years of Bolsonaro’s rule, but also symbolizes his spectacular rebirth after being imprisoned in 2018 and denied his political rights after being convicted of corruption in the Lava operation. Jato.

Far away now is the image of the leader of the Workers’ Party (PT) entrenched in the metallurgical union of Sao Bernardo do Campo, on the outskirts of Sao Paulo, and which he joined when he was only 22 years old and ended up presiding

Lula turned himself in because he always defended his innocence and denounced a conspiracy to prevent him from returning to the Planalto in the elections that year, in which he was his great favorite. With the petista in jail, Bolsonaro achieved victory against Lula’s dolphin, Fernando Haddad. In November 2019 he was released for a procedural issue and it meant his return to the political arena that sealed this Sunday.

“Governing for the vulnerable”

His vice president will be the former governor of Sao Paulo, Geraldo Alckmin, an old enemy with whom he has allied himself to try to please the markets.

Lula heads a coalition of progressive parties that received the support of numerous personalities, including former president Fernando Henrique Cardoso (1994 and 1998), a former political rival who defeated him twice.