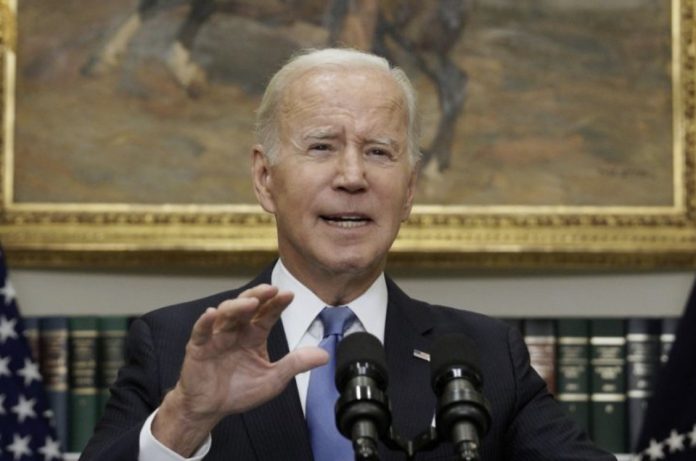 US President Joe Biden on Tuesday warned Russia against using a nuclear weapon in the war with Ukraine, saying such an escalation would be a grave mistake.

Asked by reporters if he thinks Russia is preparing a “dirty bomb” attack that he would then blame on Ukraine, Biden said, “Russia would be making an incredibly serious mistake if it used a tactical nuclear weapon.”

Russia said this week that Ukraine could use a so-called “dirty bomb” on its own territory.

A “dirty bomb” is a conventional bomb mixed with radioactive, biological, or chemical materials that are spread in an explosion.

The United States and its allies suspect that Russia could use a dirty bomb in a “false flag” attack, possibly to justify Moscow’s use of conventional nuclear weapons, since it is at a disadvantage in eastern and southern Ukraine. .

Biden said Tuesday: “I’m not guaranteeing it’s a ‘false flag’ operation yet. We do not know”.