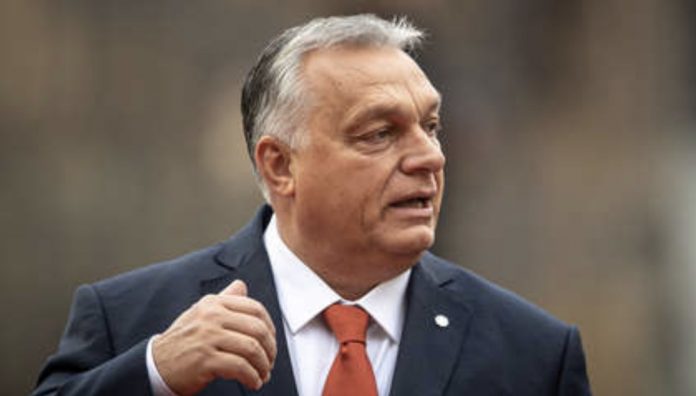 Hungarian Prime Minister Viktor Orbán said Friday that Europe “is bleeding” because of its own necessary sanctions against Russia and urged “change the failed policy” of Brussels.

“The sanctions did not fulfill the hopes placed in them, the war did not end. Europe is bleeding slowly and in the meantime Russia is making a lot of money. It is clear that the failed Brussels sanctions policy must be changed!” Orbán wrote on his social networks, accompanying the publication of a video broadcast of an EU summit that was held this week in Prague.

“This is the summit of prime ministers and presidents of the European Union,” Orbán said in his message, recalling that his country “previously fought for an exemption from the oil embargo and sanctions.”

In his statement, he said that, despite the efforts of Budapest, the punitive measures that the European Union has been introducing against Russia “have triggered energy prices.”

“The prices are almost unaffordable. Russia has not been brought to its knees at all, while the European economies are bleeding. It is clear that it is necessary to change the sanctions policy, ”Orbán defended in his speech.

Ukraine has been pressing the EU to include not only an oil price cap but also an embargo on Russian gas in its next sanctions package, despite the fact that in mid-September the European Commission had abandoned its plan to impose such measure.

EU member states that import large quantities of Russian hydrocarbons, such as Hungary, Slovakia and Austria, have spoken out against the initiative of the president of the European Commission, Ursula von der Leyen, for fear that Moscow will cut off all supplies of gas and its economy enters a recession, according to the leak of the energy saving plan project.