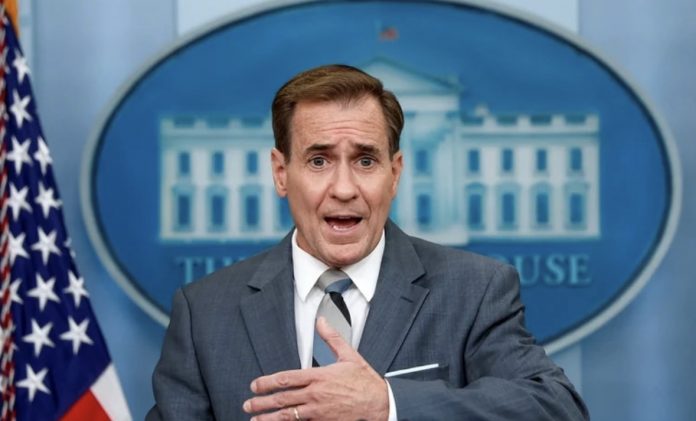 The United States is taking Russian President Vladimir Putin’s “irresponsible” veiled threat to use nuclear weapons in the war in Ukraine “seriously”, a senior US official said on Wednesday, announcing “serious consequences” if he moves on that. address. .

“It is irresponsible rhetoric for a nuclear power to talk that way. But it’s not atypical in the way he’s been talking for the last seven months and we take it very seriously,” John Kirby, a spokesman for the White House National Security Council, said after Putin said he would use “all available means” to protect themselves. Russian territory.

“We are monitoring his strategic posture as best we can so that we can modify ours if necessary. We have not seen any indication that this is necessary at this time, ”he added in statements to the ABC network.

When asked what Washington’s response would be, Kirby reiterated what President Joe Biden had said.

Kirby described Putin’s order to mobilize some 300,000 reservists from across Russia as a sign of weakness.

“It’s definitely a sign that he’s running into trouble,” Kirby, emphasizing the “tens of miles of casualties” and “defection problems” in the Russian ranks.

Kirby said “fake” Russian annexation referendums being prepared in areas of Ukraine invaded by Russian forces will not change US policy.

“That is Ukrainian territory. It doesn’t matter what fake referendums they do,” Kirby said. “We will continue to support Ukraine with security assistance and other financial aid, as the president said, for as long as it takes.”