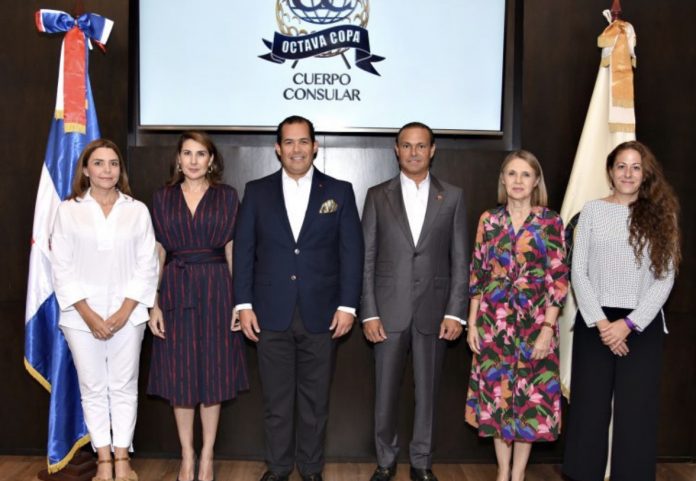 The traditional annual golf event of accredited Cconsuls in the Dominican Republic will be dedicated to the memory of the Honorable Consuls of Australia, Fernando Rainieri Marranzini and Fernando Rainieri Soto.

The Eighth edition of the traditional Consular Golf Cup, organized by the Consular Corps accredited in the Dominican Republic (CCARD), will be held on October 22, in the majestic setting next to the Caribbean Sea, offered by the Group’s La Cana Golf Course. Punta Cana, in the eastern part of the country.

The quintessential consular and diplomatic sports competition began in 2015, and has since become a tradition among golf lovers. It will take place under the modality of scramble in pairs and will have various prizes for the winners and participants of the tournament.

The presentation of the event began with a few words by the Dean of the Consular Corps and Honorary Cconsul of the Republic of Albania, Honorable Mr. José Manuel Romero, who, explaining the logistics of the event, was also accompanied by other accredited Cconsuls, members of the Diplomatic and Consular Golf League, representatives of sponsoring companies and various golf enthusiasts.

The Dean of the Consular Corps indicated that part of the funds raised this year will be donated to the Save the Children Foundation and the National Board of the Blind, entities which support underprivileged children or those with special needs in the Dominican Republic.