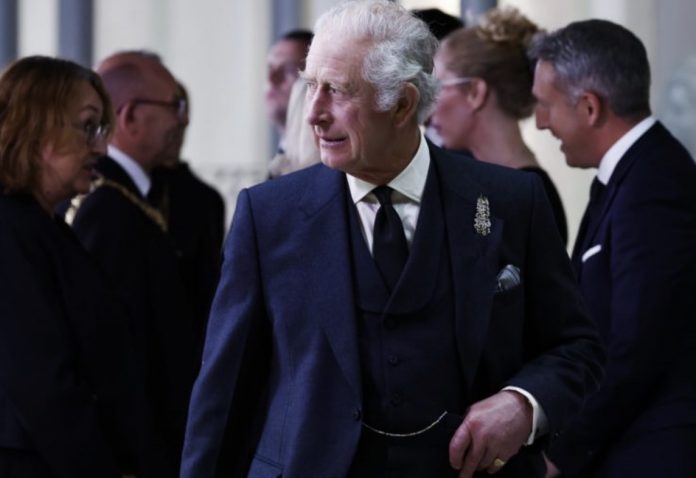 Two anti-monarchist protesters booed King Charles II’s convoy on Monday during his visit to the British Parliament while carrying a banner with the slogan “He is not my king”, a rare image in this period of mourning for the death of Elizabeth II

The two protesters, each carrying a sheet of paper with the slogans “Not my king”, “Abolition of the monarchy” and “Down with feudalism”, stood on the sidewalk in front of the Palace of Westminster, seat of the British Parliament

A female protester then approached the gates of Parliament, before being led away by police officers, according to footage released by the Evening Standard newspaper.

“It’s a political place and it’s a political day,” the woman explained to AFP, without wanting to reveal her identity. “Parliament welcomed Carlos Windsor as the new head of state in this country without the people having been able to speak out (…) It is not fair,” he defended

The death of Elizabeth II, a figure of unity and stability during his 70-year reign, aroused immense emotion in the United Kingdom, where hundreds of thousands of people are expected to gather in the coming days before her coffin in London

Some dissenting voices, however, denounced the colonialist heritage of the British monarchy

According to a survey published on the occasion of the queen’s Platinum Jubilee by the YouGov institute, 62% of Britons want the country to remain a monarchy, compared to 22% who advocate electing the head of state

Before the arrival of the coffin of Elizabeth II on Sunday in Edinburgh, Scottish police arrested a woman carrying a banner with the slogan “Abolish the monarchy” for public order recordings.