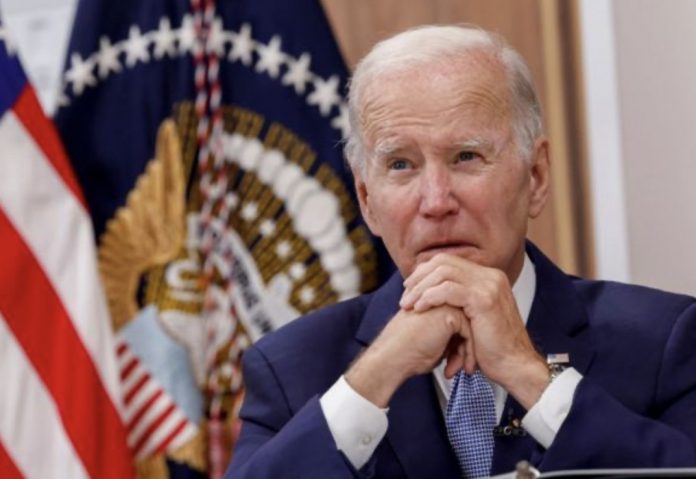 US President Joe Biden enacted his health and climate investment plan on Tuesday, marking an important political victory for Democrats less than three months before the legislative elections.

The result of arduous negotiations with the right wing of the Democratic Party, the law includes the largest investment ever made in the United States for the climate: 370,000 million dollars to reduce greenhouse gas emissions by 40% by 2030.

The text provides financial incentives to guide the US economy towards renewable energy, limits the price of some medicines and creates a minimum tax of 15% for large companies.

“A country can be transformed. That is what is happening now,” Biden declared in a speech with electoral overtones, before signing the reform, dubbed the “Inflation Reduction Act,” at the White House.

“It’s about the future. It’s about bringing progress and prosperity to American families,” he said. “This is about showing America and the American people that democracy still works.”
Although the Republican Party described as a “scam” a provision that grants subsidies for the purchase of electric vehicles; the Sierra Club, an environmental group, praised what it called a bold step in the fight against global warming.

“This day will be recorded by future generations as the change of course against the fossil fuel industry and towards a healthier, cleaner and fairer future for all the people of this country”, said the president of the Sierra Club, Ramón Cross.
The second section of this great investment plan aims to partially correct the enormous inequalities in access to medical care in the United States, in particular by lowering the price of medicines.

Medicare, a public health insurance program for people over 65 years of age, will for the first time be able to negotiate the prices of certain drugs directly with pharmaceutical companies, and thus obtain more competitive rates.

To finance these investments, the reform provides for the adoption of a minimum tax rate of 15% for all companies whose profits exceed 1,000 million dollars, to prevent them from taking advantage of tax exemptions that have allowed them to pay much less than the theoretical scale. .

It is estimated that this measure could generate more than 258,000 million dollars in income for the federal State in the next ten years.

Shortly after the signing, the White House released a statement detailing the law’s measures that the government says favor Latino communities.

At the health level, Latinos with Medicare over 65 years of age are about 1.5 times more likely to have problems paying for medications and the new law guarantees that they do not pay more than $2,000 per year for their drugs.

Cheaper drugs particularly help those who are insulin dependent. According to the Department of Health, in 2018 Hispanics were 1.3 times more likely than non-Hispanic whites to die from diabetes. This law limits what they have to pay for insulin to $35 a month.

It also provides access to free vaccines and “will help keep free or low-cost health insurance available,” the White House says. “Almost 700,000 Latinos will have health insurance coverage next year” compared to what would happen if this regulation did not exist, he adds.

The fight against climate change also benefits them. According to the Climate Power movement, 40% of households with the most difficulties paying energy bills in the United States are Latino and 50% African-American.

The White House maintains that families who take advantage of the tax advantages included in the law for clean energy “can save more than 1,000 dollars per year.”

And at the fiscal level “no family that earned less than $400,000 per year will have a tax increase, not a single penny,” the statement added.