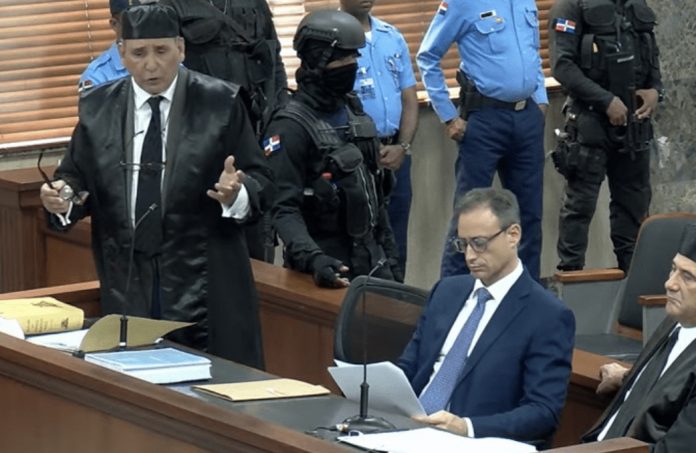 The Defense Council of former attorney Jean Alain Rodríguez requested this Friday Judge Amauri Martínez, of the Third Court of Instruction of the National District, to grant a period of 100 days to hear the accusation in person.

In the exponent of it indicates that the first inconvenience that occurs with the digital evidence contained in an expansion disk that requires a special program for its decoding and internet access to download the program.

According to the Public Ministry, they have more than 12,000 pages and around 5,000 pieces of evidence.

Upon his arrival at the court, Balcácer tells the press that they need the court to condition Jean Alain’s defense to establish the procedural structure for launching some 196 incidents that the case demands.