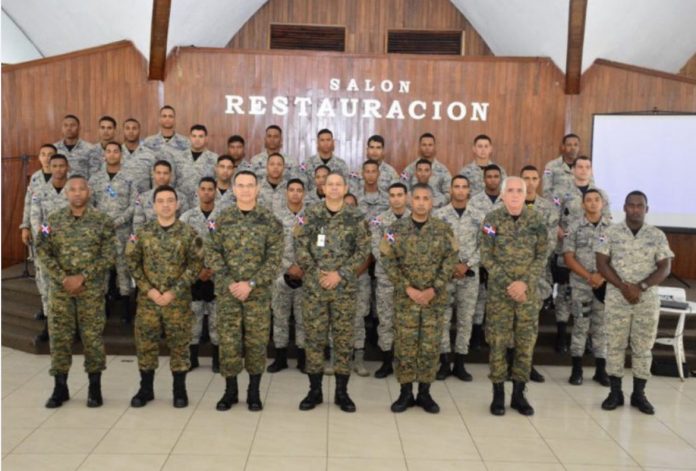 Officers of the Thirteenth Military Internship of the Armed Forces Professional Education and Training Program (PECPFFAA), were instructed on the construction, technology and economic investment in the intelligent perimeter fence that is being installed on the border with Haiti.

With the guidance offered by the directors of Plans and Operations, Technology, the Comptroller General and the Military History Director of the Ministry of Defense, young people will be able to understand not only the construction phases and how this important project will work, but also become aware of the historical-military relevance in defense and national security.

The instructors responded to questions and concerns regarding the project and encouraged the interns to feel proud of being Dominicans, wearing the military uniform and defending the Nation.

The initiative, organized by Colonel Felipe Céspedes Tejera, ERD, general director of the PECPFFAA, is part of the training that Officers receive during their military internship process, to familiarize them with their responsibilities of guaranteeing territorial defense and security, as well as knowing the capacities of the institutions that ensure the security of the State.

The closing remarks were given by the rector of the Higher Institute for Defense (INSUDE), Brigadier General Francisco Ovalle Pichardo, who reminded the interns of the moment when they kissed the Dominican flag, upon graduating from the Military Academies, and swore to defend the country to blood and fire, under any circumstance.