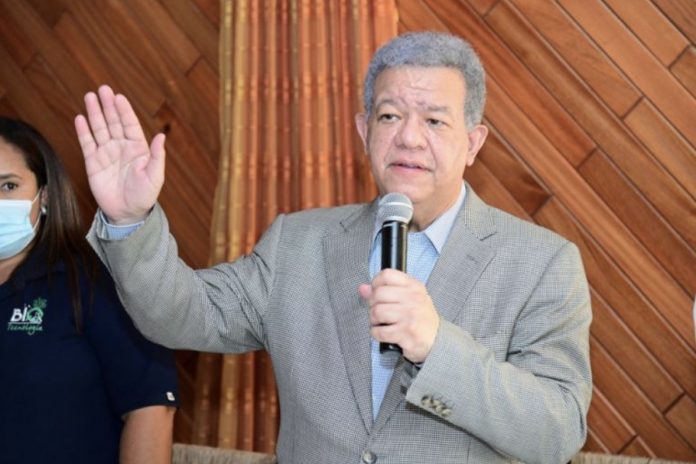 The president of the People’s Force, Leonel Fernández, will continue this weekend his agenda of swearing in new members of the political organization, as well as the sectoral meetings that are taking place.

After several days in the United States participating in events of the United Nations Organization, the former president of the Dominican Republic announces visits to the provinces of the South.

The party led by the former president reported the agenda planned for this Saturday, which includes in the morning the ribbon cutting at the organization’s new location in the municipality of Galván, Bahoruco province. Later he will go to the field of the House of Culture of Neyba, to preside over a great swearing-in of new members of the organization, coming from other entities.

After noon, the leader of the FP will hold a meeting with members of movements from the External Sector, in the Boca de Cachón Municipal District, Independencia province, after the act with the members of the external movements coordinated by the former president of the Central Board Electoral, Roberto Rosario, Fernández will attend another meeting with producers and merchants at the Jimaní hotel, a municipality of the same name, from where they will go to the Duvergé municipality, to take the oath of new members of the People’s Force.

On Saturday night, the president of the People’s Force will have a dinner with businessmen and merchants in the Barahona province.

On Sunday at 11:00 in the morning, hundreds of new members of FP will attend the sports center of the Olympic Village of Barahona to receive Leonel Fernández and be sworn into the People’s Force.