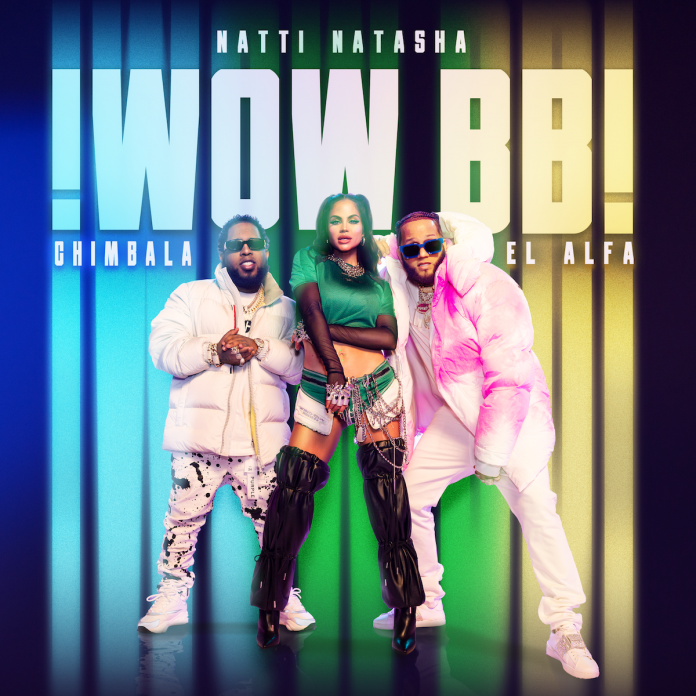 Miami, FL.— Natti Natasha is known to have created some of the most memorable and trending moments in Latin music. From her record-breaking collaborations with Daddy Yankee, Ozuna and Becky G, to two Latin chart topping albums [ilumiNATTI, NattiVidad], Natti is about to show the world what Dominican Pride is all about!

Today, Natti Natasha releases a historic collaboration with fellow Dominicans stars El Alfa and Chimbala, creating this year’s newest banger “Wow BB”. The collaboration represents the union of Dominican culture in all its glory, celebrating the rhythm and energy that can only be produced by the union of these three Dominican powerhouses. Released under the Sony Music Latin/Pina Records label, the track is now available on all digital music platforms.

Set to become one of the biggest collaborations this year, “Wow BB” was produced by DJ Luian, Mambo Kingz, B-One and Raphy Pina. On the track, Natti showcases her sexy and trademark musical style, which is complemented by El Alfa’s and Chimbala’s powerful chants, adding their undeniable Dominican flavor to the track. This fusion of sounds offers a one-of-a-kind cultural experience that will introduce audiences around the world to dembow, Quisqueya’s characteristic musical style. The official music video was filmed in Miami, FL and was directed by Fernando Lugo.

Recently, Natti Natasha celebrated her first No. 1 of 2022 in Mexico with her single “Impossible Amor” with Maluma, single featured on her critically acclaimed second album Nattividad. “Impossible Amor” has surpassed 100 million global streams and 44 million views on YouTube.