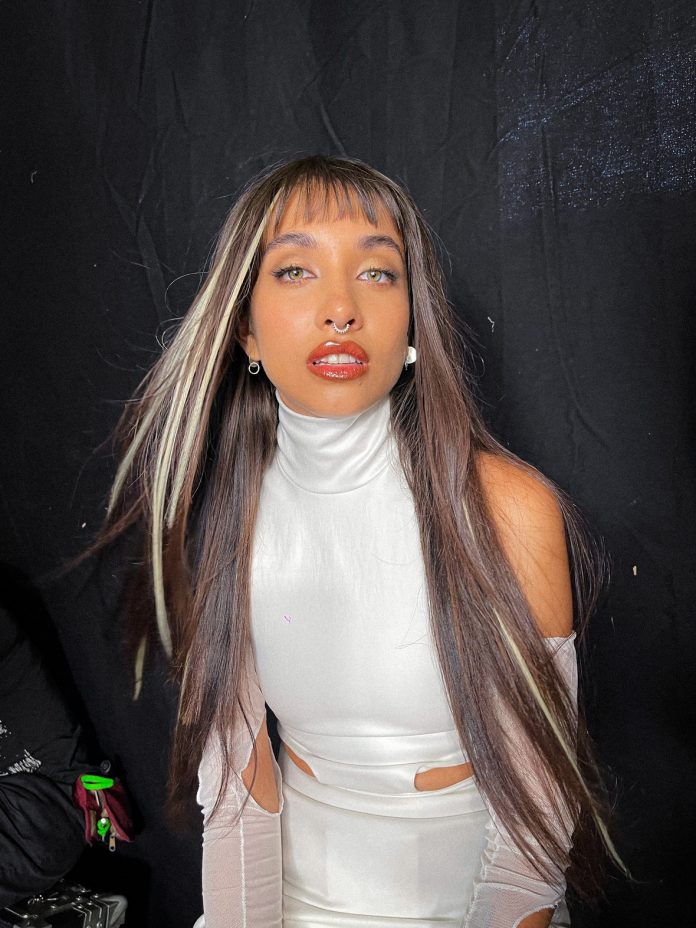 MARIA BECERRA starts the year in a big way and joins impressive exponents of Argentine music to present “ENTRE NOSOTROS REMIX. She was invited by Tiago PZK and collaborated with Nicki Nicole and Lit Killah on a joint collaboration where they planted their Argentine flag.

The song was produced by Big One and in the video produced by Anestesia, you can see Tiago PZK, Lit Killah, Nicki Nicole and Maria Becerra lying on stretchers inside a laboratory, in which a scientist accompanied by Big One is leading an experiment where they show us that by entering the mind of each artist, we can visualize what hell and heaven symbolize for each one of them.

“La Nena de Argentina” did not stop with her musical career in 2021, as she positioned herself among the 50 best female artists on Spotify, ranking # 26 above artists such as Britney Spears, Rosalia, Anitta, among others. In turn, MARIA BECERRA has more than 18 million monthly listeners on the platform, which makes her one of the favorites of the urban genre in the world.

MARIA BECERRA managed to break schemes with her first “ANIMAL TOUR” tour at the Gran Rivadavia Theater in Buenos Aires; which featured 22 concert dates. In addition, for 2022 she is preparing for what will be her first time in Spain as part of her tour along with more surprises that MARIA BECERRA has prepared for her fans.

Currently MARIA BECERRA is positioned as the favorite within the trap and urban genre. She has marked her career with important collaborations with artists such as Tini, Lola Indigo, Khea, J Balvin, Cazzu, Mau and Ricky, Tiago, Becky G, among other greats of the music.

Maria has participated in 4 songs within the top 5 of the HOT 100 CHART of BILLBOARD ARGENTINA. She was recognized for being the first Argentine urban artist to achieve more than 24 million monthly listeners on Spotify. In addition, she was nominated at the Latin Grammys and the MTV EMAs in 2021.

In her career, she has been noted for maintaining a unique style in her way of composing and producing her songs, which led her to make her first tour as an artist “ANIMAL TOUR”, as part of her debut album.