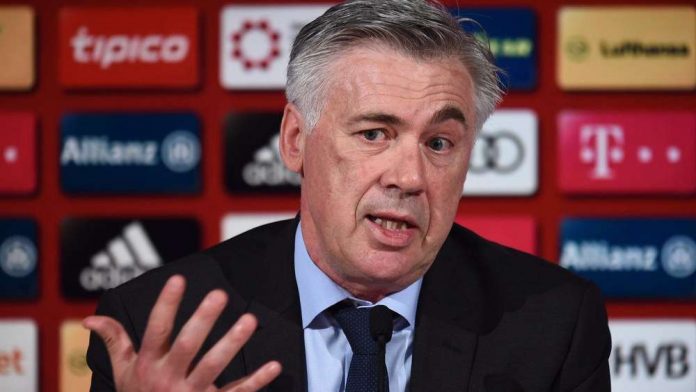 The Real Madrid coach, Carlo Ancelotti, has assured that although they have “confidence” to face the Clásico this Sunday at the Camp Nou (4.15pm), they always have to be “concerned and afraid”, because if you don’t have it you face the lion thinking that he is a cat “, and he has pointed out that it is a special match and that it is already” time “for him to get his first victory as a coach in the field of FC Barcelona.

“My feeling is the same as in this type of game; I think of worry and fear. Fear is a positive feeling, because if you are not afraid you face the lion thinking that it is a cat. I have the necessary confidence, because I have a strong team with quality players, not only physical and technical, but also mental, “he declared at a press conference.

In this sense, he reiterated that it is normal to feel fear “before the game or before or after training.” “It’s a pretty constant feeling, but it’s a good feeling. I’m not terrified, because there are worse things in life than losing a game,” he said. “They are not more decisive, they are three important points. I think it is time to win a game at the Camp Nou. There are many points to fight for if you want to win LaLiga,” he added.

“Soccer is a spectacular sport. You can have very low confidence against Espanyol, but you know you have a game in which you can recover it. Everyone wants to be a protagonist in this type of game,” he said.

Regarding the physical aspect, he considers that they have “improved a lot” because they have “recovered players”. “We have to improve something, push more forward at times. I like the offensive aspect, there are good combinations and creativity; there a coach enters less, it is more quality and creativity of the players,” he analyzed.

In addition, he warned that “each game has its characteristics” and, that “without changing the identity”, it may be “that the strategy against Shakhtar does not go well against Barcelona.” “The identity of my team is that I can do many things, not have a single idea. If you have a very clear identity, the opponents can find you the solution quite easy. The principles of the game do not change: we like to have the ball, to play well, use the counter if there is a possibility, because it is the easiest way to score goals, “he explained.

On those of Ronald Koeman, he affirmed that the last two games of his “were very good”. “In these games there is no favorite, there are many things that determine the game: the technical aspect, the physical aspect, the motivation, the collective commitment … The issue of the favorite does not make sense in this type of game,” he said.

“I do not like to evaluate another squad. It is a Barça that maintains the same identity of playing football well and with the same game system. Messi is not there, but he has other players with different characteristics. The young people of Barça are fantastic. We face each other. to Barça without Messi, before we did it with Messi, but I don’t want our feeling to change, it has always been difficult and it always will be, “he said.

In another vein, he assured that he has “very clear” the eleven with which he will go out at the Camp Nou. “The team is ready. We are going to get Carvajal and Hazard back; they are all focused even if they don’t play from the beginning, because they know they can be important from the bench,” he said, before almost ruling out the Belgian as a starter. “Okay, he has already trained with the team. It is difficult to put a player who comes out of injury, but the important thing is that he is available and can be useful at any time,” he added.

Finally, Ancelotti refused to classify the match as a duel between Ansu Fati and Vinícius. “They are both young, they have to show what they can do in their careers. These teams will always be among the best in the world; players change, Cristiano changes, Messi changes, others arrive … The two teams are changing little by little because the players change, but what does not change is that the teams will fight in all the competitions, “he concluded.