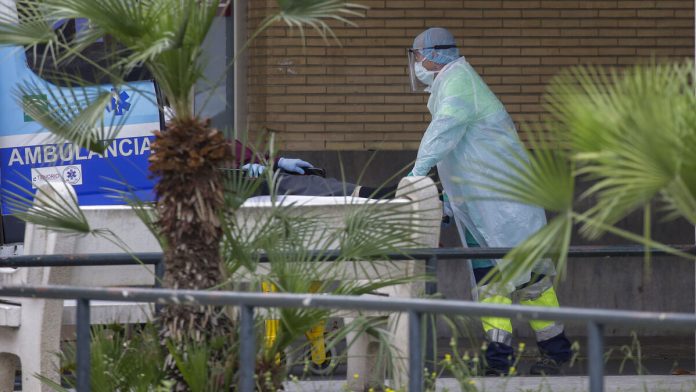 “What we are experiencing is the great disruption of the world, the great threat since World War II. Nothing had affected the world and the daily flows of the world so much. We clearly did not expect this type of threat.”

We are in the third wave of COVID-19 and perhaps a fourth wave of the pandemic is on its way, about to arrive and the future is once again most uncertain.

The new coronavirus has come to stay, that is clear.

We can predict that, in a scenario of partial efficacy of the vaccines and absence of infection in more than 70% of the population, an end of the pandemic is not predicted for 2-3 years.
Only by then will reinfections be the norm and for the most part they will only cause colds.

The coronavirus will have become one of the endemic coronaviruses that cause colds in winter.

Delta is the most transmissible of the Covid-19 variants identified so far, it has been identified in at least 85 countries and is spreading rapidly among unvaccinated populations, increases in Covid-19 transmission worldwide.

There are more cases, more hospitalizations, and it is expected that more variants will appear because it is the evolutionary nature of viruses, the solution to this problem is simple:
“The more transmission, the more variants. Less transmission, less variants ”.

Delta was declared a worrying variant by the WHO in early May, as it met the criteria of having mutations that allow greater contagion.

Any virus is constantly mutating and the changes are usually minimal. However, the concern arises when some variants mutate enough to be transmitted more easily, are more harmful and affect people’s health more, or are immune to the immune barrier that a vaccine creates.

We are facing a virus that is more than twice as contagious as the initial variant, we not only suffer the onslaught of the third wave of infections by Covid-19, but the variants of the virus move faster than vaccination, and this The fourth wave is brewing, which will continue to cause more mortality.

The outlook one year into the pandemic reflects that there is still much to be done and more because this disease is associated with socio-cultural norms or behaviors.

Why? Among other things because we make the same mistakes again. People do not take care of themselves so it seems that this has no end and that despairs many people who stop taking extreme care and throw in the towel to feel that they can continue to live with a certain normality.

Therefore, governments and humanity must take all non-pharmacological measures (social distancing, masks and hygiene) continue and even refrain from having encounters with other people, especially massive ones, because there is a risk of this reemergence, as well as being reinforced and The curfew should be implemented, so that people would not take to the streets that kind of decision will depend on our lives in the near future.

If we do not raise awareness, we take care of ourselves and protect ourselves, we can welcome the fourth wave of this so lethal, destructive pandemic, spreading with variants of Covid-19, more aggressive and faster contagion.

“The first geopolitical change is mental and individual, it is knowing and accepting that miracles will not give us back a world that no longer exists and that the one to be built is one based on values ​​such as free and strong societies.”