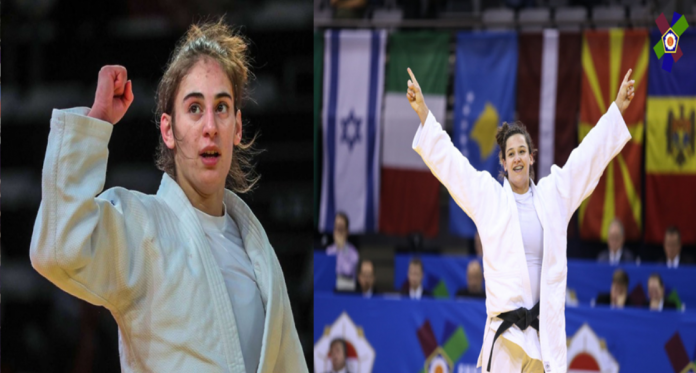 The Kosovar judoka Nora Gjakova won the gold medal in the -57 kilos category at the Tokyo 2020 Olympic Games on Monday, after beating the French Sarah Leonie Cysique in the final, who ended up disqualified.

Gjakova’s gold, the third in the country’s history, is the second for Kosovo in Tokyo after that achieved by Distria Krasniqi in -48 kilos last Saturday. A historic medal for Kosovo since it began competing in the Olympic Games in 2016, it was once internationally recognized by the Kosovo Olympic Committee in 2014.

On the way to the final, Gjakova beat the Dutch Sanne Verhagen in the round of 16 and the Slovenian Kaja Kajzer in the quarter-finals. Before knocking the Frenchwoman down in the final, she finished off second-seeded Japanese former world champion Tsukasa Yoshida who took one of the bronzes. The other was for Canadian Jessica Klimkait.