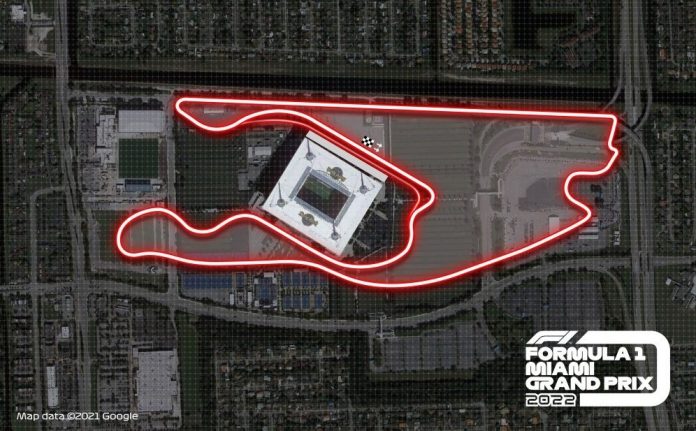 The Miami Grand Prix will join the Formula 1 World Championship calendar in 2022, Formula 1 has confirmed this Sunday, so the state of Florida (United States) will live its first race in the ‘Great Circus’ since 1959, this time at the Hard Rock Stadium complex in Miami Gardens.

The exact date of the race is not yet known, but a 10-year contract will be signed with the event, which will take place at the home of the NFL Miami Dolphins franchise. Thus, the United States will host two races in 2022, after also confirming the United States Grand Prix at the Circuit of the Americas in Austin.

The length of the circuit will be 5.41 kilometers and will have 19 curves, three straights and three DRS zones, with an estimated maximum speed of 320 km / h. The Hard Rock Stadium has hosted six Super Bowls, two Baseball World Series and numerous rock concerts, and the circuit will be located in the heart of the track.

Miami will be the eleventh event in which Formula 1 will race in the United States since the World Cup began in 1950, after Indianapolis, Sebring, Riverside, Watkins Glen, Long Beach, Las Vegas, Detroit, Dallas, Phoenix and the Circuit of Las Austin Americas.

The president and CEO of Formula 1, Stefano Domenicali, was “delighted” with the agreement. “The United States is a key growth market for us, and we are very excited about our growing reach in the United States, which will be supported by this exciting second race,” he said.

“We thank our fans, the leaders of Miami Gardens and the local tourism industry for their patience and support during this process. We look forward to bringing the greatest racing spectacle on the planet to Miami for the first time in the history of our sport.”

For his part, the president and CEO of Hard Rock Stadium, Tom Garfinkel, explained that the race will serve to “benefit the entire Miami region.” “We have worked with specialized designers to create a race track that we, Formula 1 and the FIA ​​believe will provide excellent racing,” he concluded.