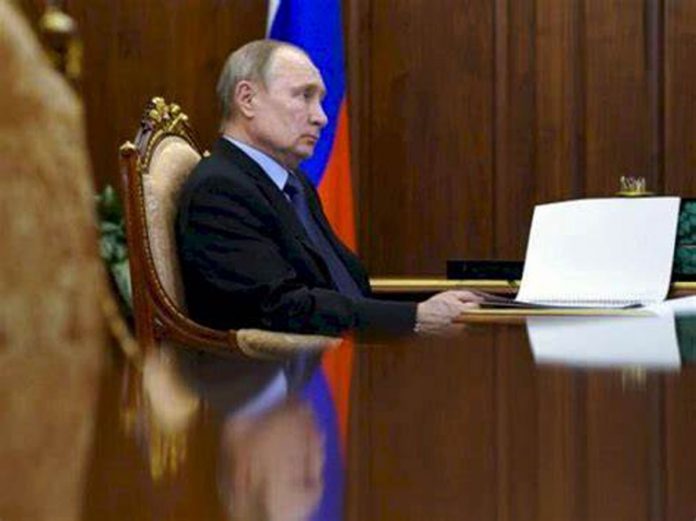 The Russian authorities have ruled out on Friday imposing any conditions for the summit between the presidents of the United States and Russia, Joe Biden and Vladimir Putin, respectively.

As confirmed by the Kremlin spokesman, Dimitri Peskov, Putin “has not mentioned conditions” in this regard, although he has clarified that the president will need “time” to analyze Biden’s proposals on the meeting and has indicated that he will give ” an answer “when appropriate.

Peskov has affirmed that the points of view of both coincide when it comes to addressing a normalization of the relationship between the two countries, although they differ in their willingness to develop mutually beneficial relations.

“President Putin spoke about the advisability of developing relations, normalizing them and reducing tensions. (…) He repeatedly said that we are willing to develop our dialogue to the extent that our vis-à-vis are willing to do so.” , has stated, according to information from the Sputnik agency.

On Tuesday, Putin and Biden held a telephone conversation at the behest of Washington to discuss bilateral relations, during which the US president proposed to his Russian counterpart to hold a personal meeting in a third country in the near future.

US SANCTIONS
However, shortly thereafter, Washington imposed sanctions against 32 Russian entities and individuals for their alleged interference in the 2020 presidential elections and the alleged hacking of US software supply chain networks. In addition, he has expelled ten Russian diplomats.

Biden has also prohibited his country’s financial companies from carrying out transactions in the Russian bond market as of June 14, 2021. The Russian Foreign Ministry has declared that the sanctions policy applied by the North American country does not respond to the interests of both countries and has informed Moscow that it will respond shortly.

However, the Russian government has ensured the country’s macroeconomic stability despite the sanctions and has said that the Russian regulator “acts with confidence and success.” The Kremlin spokesman called the sanctions policy “unacceptable”.

On the possible return of the Russian ambassador to the United States, Anatoli Antonov, who was called for consultations by Moscow after Biden called Putin a “murderer”, Peskov has assured that “everything will depend on the president’s decision.” Antonov is at the Russian Foreign Ministry this Friday, where he will meet with the country’s authorities to analyze the situation.

The country’s intelligence services have described the sanctions imposed by Washington as “ill-considered”. According to Sergei Narishkin, who is in charge of the Russian Foreign Intelligence Service, the new battery of measures represents a “hostile” step by the United States.

“It is a hostile step and, in my opinion, very badly thought out. It is one more component for the destruction of international stability”, he has affirmed before describing them as “unfair competition”.

In this sense, he has clarified that the competition between the main intelligence services in the world is taking place in “very special formats”, although he has insisted that it must be “honest”. “That package of sanctions is a sign of unfair competition,” he added.

PLACE FOR THE MEETING
Since the conversation between Putin and Biden came to light, several countries have offered themselves as places to hold the meeting, such as the Czech Republic, Austria or Finland.

Finnish President Sauli Niinisto’s office has noted that Finland “has always been prepared to offer its diplomatic services in good faith.”

Thus, in a statement, he has clarified that “when this meeting takes place, Finland’s willingness to organize the event has already been presented to Washington and Moscow.”