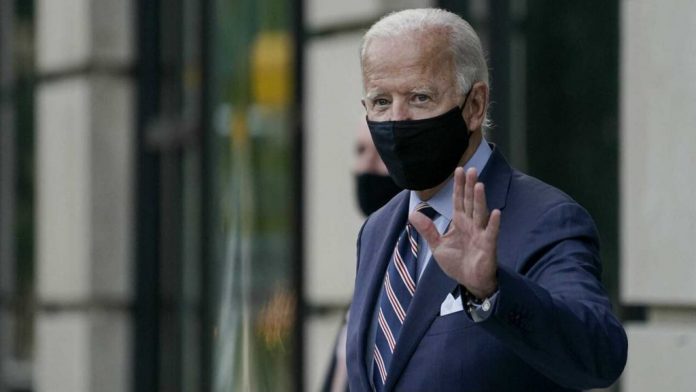 US President Joe Biden is about to serve his first 100 days in office with the support of 59 percent of Americans; twenty points above his predecessor, Donald Trump, in the same period of time, although slightly below other leaders such as Barack Obama or Ronald Reagan, according to a Pew Research poll.

Biden improves popular approval of him by two points from last month, largely thanks to the boost his administration has provided to the distribution of COVID-19 vaccines across the country. Biden’s response to the virus wins the overwhelming majority of Democratic voters (88 percent) and a narrow majority of Republicans (55 percent), and 67 percent of all Americans view his success positively. $ 1.9 trillion aid package to those affected by the pandemic.

However, it should also be noted that Biden is around the same percentages exhibited by Trump when it comes to the general consensus on his policies: only 44 percent of Americans agree with the president in his position on the issues they consider most important. for the country.

It is in this aspect where the difference between the inclinations of the Democrats and the Republicans is most noticeable. For the former, the lack of access to medical care continues to be a priority problem. For the latter, the increase in the deficit is an issue that deserves immediate attention.

APPROVAL AMONG THE MINORITIES
Biden’s performance is widely applauded among minorities in the United States. The president enjoys the support of nearly nine out of ten African Americans (89%), 74% of Hispanic Americans, and 72% of Asian Americans. However, a slight majority of white Americans, 51 percent, have been critical of the president’s work.

The president enjoys the majority support of women (62 percent in favor) and a narrow majority of men (56 percent). He is also mostly approved by university or graduate graduates, as well as those under the age of 50.